While many MS specialists continue to explore chemotherapies and immunoablation for people with MS, the side effects of these drugs on the brain are rarely mentioned.

As we learn more about the long term effects of chemotherapy of the central nervous system, it is vitally important that people with MS are given the facts.

If you are being recommended to try any of these therapies, please discuss the side effects with your doctor.

1. Chemotherapy kills myelin and OPC cells--  Chemotherapies are known to affect healthy brain cells, causing them to die off long after treatment ends.   Studies have shown that months after exposure to common chemotherapies, oligodendrocytes and precursor cells continue to die, and the brain is unable to remyelinate.

This study is the first model of a delayed degeneration syndrome that involves a global disruption of the myelin-forming cells that are essential for normal neuronal function,” said Mark Noble, Ph.D., director of the University of Rochester Stem Cell and Regenerative Medicine Institute and senior author of the study. “Because of our growing knowledge of stem cells and their biology, we can now begin to understand and define the molecular mechanisms behind the cognitive difficulties that linger and worsen in a significant number of cancer patients.”
http://www.urmc.rochester.edu/news/story/index.cfm?id=1963

Chemo brain phenomenon is more than a feeling. It is not depression. It is a change in brain function observable on PET/CT brain imaging."
With the help of special software, they were able to pinpoint differences in brain metabolism before and after chemo. They then correlated these with patient history and data from neurologic exams and chemo treatments.  The analysis reveals a statistically significant link between reductions in regional brain metabolism and symptoms of chemo brain.  Lagos says their findings show "there are specific areas of the brain that use less energy following chemotherapy".
"These brain areas are the ones known to be responsible for planning and prioritizing," she adds.
http://www.medicalnewstoday.com/articles/253277.php

The following study I was involved shows that when SPMSers are given chemotherapy they undergo increased neuronal loss, which is associated with faster progression on the EDSS and greater brain atrophy. The data speaks for itself. The picture below is what we call a survival curve of EDSS progressions and you can see that the MSers who had high serum levels of the neuronal toxicity marker neurofilament were much more likely to progress than those who did not have raised neurofilament levels. Similarly, brain atrophy rates in SPMSers were in the order of 2.1% per year in those who had a BMT compared to only 1.2% per year in SPMSers who did not have a BMT; the upper limit of normal for brain atrophy in healthy adults is generally accepted to be 0.4% per year. The bottom line is that if you have SPMS BMT is likely to accelerate your disease progression.
http://multiple-sclerosis-research.blogspot.com/2014/02/more-on-bmt-neurotoxicity-and-brain.html

4. Current information on Lemtrada (Campath/Alemtuzumab)
New claims are that treatment reduced cerebral atrophy in RRMS patients who were followed for two years---but earlier studies showed that this was not true in secondary progressive MS.  Treated patients were followed for 14 years past infusions---and cerebral atrophy and disease progression continued.  The FDA was right to deny Lemtrada in the US---sadly, the MS patients that are asking for this treatment to be approved have been given an incomplete scenario.

Unfortunately, this did not lead to a clinical improvement in the disability in these patients. In fact, their disability worsened with time at a rate of 0.02 EDSS points for each patient each year. Evidence for continued neurodegeneration in these patients was shown by progressive cerebral atrophy on follow-up MRI scanning. This particular group of patients who showed continuing disease progression had the highest inflammatory load prior to commencing alemtuzumab therapy. This group of patients were followed up with MRI scanning many years later (14 years post treatment) and did not demonstrate any increase in lesion load but did demonstrate further cerebral atrophy [Coles et al. 2006]. This was reflected in their EDSS score, the median being 7.5 (range 4.5–9) at latest follow up [Hill-Cawthorne et al. 2012].
http://europepmc.org/articles/PMC3629751

The man with non-Hodgkin lymphoma provided a clue. Because he didn't have MS, he should not have had any cerebral inflammation or edema. Yet, in the three months after he received the same treatment as the MS patients, his brain shrank at the rate of about 6 percent per year, a rate of atrophy similar to the MS patients.
http://journals.lww.com/neurotodayonline/Fulltext/2006/07040/Brain_Atrophy_in_Ms_May_Result_From_Immunoablation.11.aspx

We still do not fully understand the disease mechanism of MS.  While MS specialists continue to operate under the assumption that a faulty immune system must be annihilated ----we are learning that the true progression of MS can be linked to neuronal loss, or brain atrophy.  There is a terrible and tragic irony in the fact that chemotherapies, which are known to double brain atrophy rates, are being recommended to people with MS.

Please, share this information in the MS community.  For those who have already been treated with chemotherapies, there is hope of healing through diets high in antioxidants and phytonutrients and omega 3 oil supplementation. In fact, simple lifestyle factors like diet, exercise, UV rays and vitamin D are increasing blood flow to the brain are helping reverse brain atrophy in all of those with MS.

Know the facts, and be well,
Joan 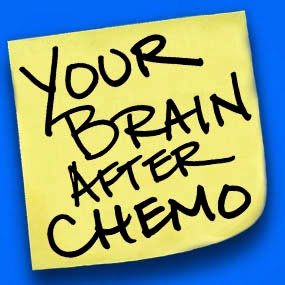