Probiotics and the Brain-Gut link

Probiotics, also know as helpful bacteria, are included in the Endothelial Health program, because they affect the lining of our blood vessels in a positive way, by reducing inflammation and regulating NO. A strong endothelium is less permeable, and will keep plasmic particles out of tissue--in the brain and the gut.  This can modify the reaction of immune cells, and reduce what is called the "autoimmune" reaction.  (Although I believe calling this reaction "autoimmune" is a misnomer.  The immune cells are simply doing their job, by responding to foreign particles which should not be in brain or intestinal wall tissue.)

Here is new research from Texas Tech showing another connection between the brain and gut via our blood stream, and why taking a probiotic is good for your digetive system and your brain. Probiotics actually affect and generate the neurochemicals our brains rely upon.

Good bacteria, also known as 'Probiotics' are known for their favorable effects in maintaining gastrointestinal health, but can they encourage psychological health too? New research conducted at the Texas Tech University Health Sciences Center has explored the new world of neurological probiotics and the scientists have put forward novel ideas on how neurochemicals enforce their beneficial effects in maintaining a healthy gut and even psychological well-being when delivered directly to the gut, via probiotic intestinal microbiota. The study was led by Professor Mark Lyte and has been published recently inBioEssays.

The researchers have proposed that neuroactive compounds if delivered via neurochemical-producing probiotics could help improve a host's gastrointestinal and psychological health. These probiotics could be prepared for delivery of the compound using a unifying process of microbial endocrinology.

Neurochemicals generated in the gut by 'good bacteria' such as lactobacilli and bifidobacteria are actively absorbed by the intestines and circulated through a patient's bloodstream. According to Dr. Lyte, this is the hypothesis of the pathway for probiotics to exert extra-intestinal effects including changes in behavior.

Commenting on some of the potential clinical implications of this research, Professor Gregor Reid, from the University of Western Ontario, in the same issue ofBioEssays stated,

"Until recently the idea that probiotic bacteria administered to the intestine could influence the brain seemed almost surreal. Yet in Lyte's paper the concept is supported by studies showing that microbes can produce and respond to neurochemicals, which can induce neurological and immunological effects on the host." 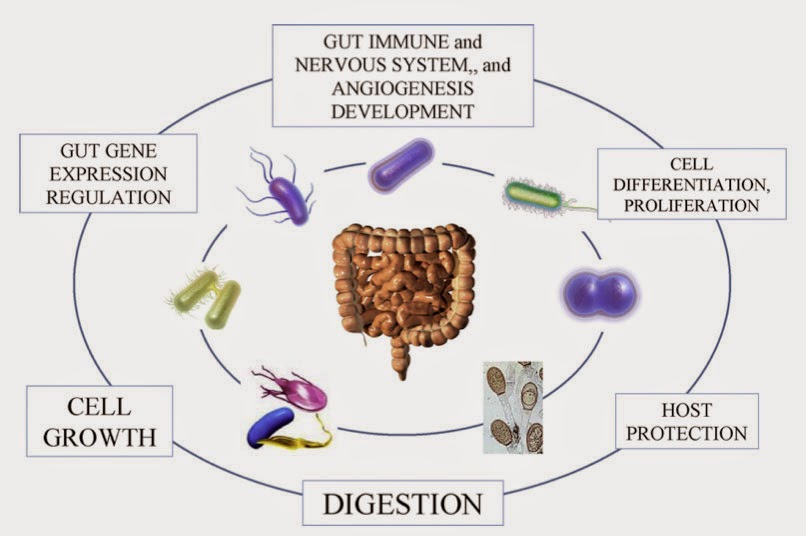