Those of us interested in moving CCSVI diagnosis and treatment forward can always learn from history.

In the 1960s, a neurosurgeon in Bogota, Columbia made the controversial claim that he could reverse neurodegeneration by surgically diverting an excess of cerebrospinal fluid (CSF) by placing a shunt in his patients.

Professor Salomon Hakim first published his thesis in 1964 and then published 6 case reports of "normal pressure hydrocephalus" in The New England Journal of Medicine and the Journal of the Neurological Sciences in 1965. Hakim rose to the forefront of academic medicine as he described a newfound ability to reverse symptoms of “neurodegeneration” that had long been considered irreversible.
link

It is important to understand that today, 60 years after Hakim's discovery, treating normal pressure hydrocephalus is an accepted practice, even though diagnosing NPH is an inexact science.  There were never any double blinded clinical trials for this surgery.  Hakim claimed he could reverse gait impairment, cognitive problems and urinary incontinence by diverting CSF flow.  And the proof was in his patients' recovery.  No one cries "placebo effect!" after a patient recovers mobility, cognition or bladder control once treated for NPH.

Here is a first hand account of the changes in brain function and recovery, written by a woman treated for NPH.  Her story was published in the New York Times.
link

I first learned about NPH from Dr. Elliot Frohman in Bologna, Italy--at the first CCSVI conference in September 2009.  It was Dr. Frohman, an MS specialist and neurologist, who commented that CCSVI treatment reminded him of the success he had seen after treating his patients for NPH. Here is what Dr. Frohman said about venoplasty for CCSVI.  I wrote it down in my notes, because his comment literally stunned me.

I have seen this happen in “normal pressure hydrocephalus- (NPH) Where there is a loss of gait, cognitive and bladder issues and the lesions disappear because the expanded ventricle swallows the lesion. I have shunted the brains of NPH patients, and they showed remarkable improvements. Again, the enlargement of the third ventricle precedes the changes.

So, what's NPH?  And what might it have to do with CCSVI?

The brain and spinal cord are surrounded by a clear fluid called cerebrospinal fluid (CSF). This fluid is produced and stored in cavities in the brain called ventricles. It circulates around the brain, moving from ventricle to ventricle. The purposes of the fluid are to cushion and protect the brain and spinal cord, to supply them with nutrients, and to remove some of their waste products. Any excess fluid drains away from the brain and is absorbed by other tissues.

Hydrocephalus (literally water on the brain) is a condition in which there is too much CSF in the ventricles. This occurs when the natural system for draining and absorbing extra CSF does not work right. The ventricles enlarge to accommodate the extra fluid and then press on different parts of the brain, causing a number of different symptoms. Hydrocephalus has many different causes. Some people are born with the condition, while others develop it during their lives.

The less blood flowing through the brain back to the heart, the more CSF can build up and reabsorption is hindered.  For those who want to learn more about this connection, I highly suggest reading Dr. Michael Flanagan's book and blog, The Downside of Upright Posture.

The reseachers at BNAC noted that even 12 months after venoplasty, the patients treated for CCSVI had a faster rate of CSF flow going through their brains.

My husband had a profound relief of fatigue, cognitive fog, heat intolerance, spasms and sleep apnea after being treated for CCSVI in May 2009. These improvements still continue, now 3 and a half years later.  His third ventricle is now normal on MRI, he has no gray matter atrophy.

Dr. Frohman and his neurological community would have you believe that Jeff's benefits from CCSVI venoplasty are placebo, while the patients they have treated for NPH benefits are real.  Why this cognitive dissonance?

Only more research, publications like the BNAC paper on cerebrospinal fluid changes after venoplasty, and more pressure from patients and caregivers will provide answers. 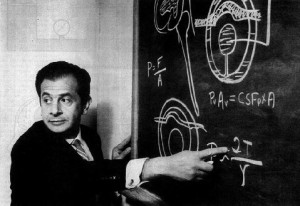