Now, let's talk about the iron issue. This has been Dr. Zamboni's "smoking gun." He wrote a paper on iron called "The Big Idea: Iron-dependent inflammation in venous disease and proposed parallels in multiple sclerosis"- in which he explicitly outlines the parallels between chronic venous insufficiency in the legs and iron deposition and what we see in MS brains. If you haven't read it yet, it's a must read-

So, how long have doctors known about this connection of iron and the MS brain?
Here is a paper from 1988- yes, that is over 20 years ago- discussing the cerebral vein walls and iron deposition in multiple sclerosis-

Here we have a study in 1988 showing vein damage in almost half of the MS patients- and the researchers note hemorrhage, hemosiderin (iron storage) deposition, thickened vein walls and call it a form of "vasculitis."

"The results reported here reinforce the view that damage to the vein wall is an important aspect of the pathology of the multiple sclerosis plaque. The vasculitis caused is different from and of a more modest nature than that, for example, in systemic lupus or polyarteritis nodosa but is, nevertheless, enough to cause haemorrhage, and structural and permeability changes in the vessel wall. The term proposed by Lendrum for a wide range of vasculitic disorders is plasmatic vasculosis, and the damage to the vein wall in multiple sclerosis could be regarded as causing a minor degree of such plasmatic vasculosis. Inflammatory and reparative changes in the vein wall might be exacerbated by pulsations or surges in intracranial venous pressure and may result in increased permeability of the multiple sclerosis plaque, as shown at necropsy, by immunohistochemistry and by brain scan."

So, the researchers note that this is different than vasculitis- it's really about damage to the VEIN wall. They even posit that this damage may be caused by PULSATIONS or SURGES of intracranial venous pressure (like from venous reflux, perhaps?)
Let's just move ahead 20 years, thru the vast miasma of autoimmune research-

Here is Dr. Haacke's paper from earlier this year. This is research completed BEFORE he read Dr. Zamboni's research. After attending the first CCSVI symposium in Bologna in 2009, Dr. Haacke has since became so convinced that Dr. Zamboni's research provided the missing link, he is now covering the globe, opening research centers to diagnose venous stenosis and reflux.
http://www.ncbi.nlm.nih.gov/pmc/articles/PMC2650739/

Iron deposition in the MS brain is real, and we need to understand how it gets there, and what we can do to stop this injurious process.
Joan 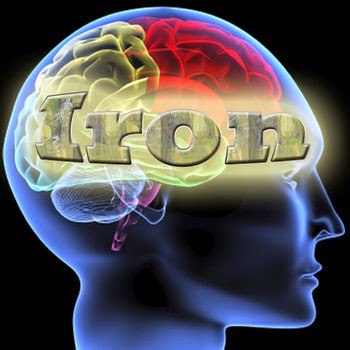