A group of multi-disciplinary researchers at Columbia University have made an exciting discovery.  They have witnessed how the vascular system regulates blood flow to the brain.
http://engineering.columbia.edu/columbia-engineers-provide-new-insight-how-brain-regulates-its-blood-flow

The vascular endothelium maintains the lining of all 60,000 miles of our blood vessels, even the vessels inside the brain.  It is the largest secreting organ in the human body.  Neurological researchers had postulated that endothelial cells were not as important in maintaining blood flow inside the brain--that the brain itself was responsible for initiating cerebral blood flow according to neuronal health.  But this theory was wrong.

The brain was thought to use a different mechanism--and this has lead neurological researchers to focus on the cells surrounding blood vessels in the brain.

According to researcher and professor of biomedical engineering, Elizabeth M.C. Hillman, this supposition has lead to incorrect ideas on brain health.

“Once we realized the importance of endothelial signaling in the regulation of blood flow in the brain,” Hillman adds, “we wondered whether overlooking the vascular endothelium might have led researchers to misinterpret their results.”

Dr. Hillman has spent the past 10 years using advanced medical technology, to study how blood flow is controlled in the brain.  Her research team was comprised of a multi-disciplinary members.  Other lab members who assisted with the study included PhD and MD/PhD students from Columbia Engineering, Neurobiology and Behavior, and Columbia University Medical Center. The group combined their engineering skills with their expertise in neuroscience, biology, and medicine to understand this new aspect of brain physiology.

To tease apart the role of endothelial signaling in the living brain, they had to develop new ways to both image the brain at very high speeds, and also to selectively alter the ability of endothelial cells to propagate signals within intact vessels. The team achieved this through a range of techniques that use light and optics, including imaging using a high-speed camera with synchronized, strobed LED illumination to capture changes in the color, and thus the oxygenation level of flowing blood. Focused laser light was used in combination with a fluorescent dye within the bloodstream to cause oxidative damage to the inner endothelial layer of blood brain arterioles, while leaving the rest of the vessel intact and responsive. The team showed that, after damaging a small section of a vessel using their laser, the vessel no longer dilated beyond the damaged point. When the endothelium of a larger number of vessels was targeted in the same way, the overall blood flow response of the brain to stimulation was significantly decreased.

The researchers damaged the endothelial layer of cells, causing oxidative stress.  After this damage, the blood vessel was no longer able to dilate past the damaged point.  This process restricted blood flow to the neurons.

The damaged endothelium is what initiated lowered blood flow, also known as hypoperfusion.   We see hypoperfusion in MS, Alzheimer's, Parkinson's and dementia.

MS experts have maintained that it is the death of neurons in the brain caused by the unknown disease process we currently call "multiple sclerosis", which leads to a lowered need for cerebral blood flow.   Their assumption has been that the hypoperfusion of the MS brain (which is a scientifically documented fact) is due to MS.
http://ccsviinms.blogspot.com/2010/08/blood-flow-and-white-matter-lesions.html

But what if this chicken and egg supposition has been wrong?  Have 70 years of EAE postulation and drug development placed the focus on the wrong cells?

Dr. Hillman is urging other researchers to join her in the pursuit of understanding how the vascular endothelium and brain health are connected.

“Our latest finding gives us a new way of thinking about brain disease—that some conditions assumed to be caused by faulty neurons could actually be problems with faulty blood vessels,” Hillman adds. “This gives us a new target to focus on to explore treatments for a wide range of disorders that have, until now, been thought of as impossible to treat. The brain’s vasculature is a critical partner in normal brain function. We hope that we are slowly getting closer to untangling some of the mysteries of the human brain.”

I share her urgency.  It was seven years ago when I first began looking at the correlation of endothelial dysfunction and neurodegenerative disease.  Blood flow to and from the brain matters.  Understanding how we can reverse endothelial dysfunction and oxidative stress--not only through future drug development---but through present day lifestyle, exercise, nutrition, UV rays, smoking cessation and other means-- is critical in helping those who are suffering from cerebral hypoperfusion found in MS, Parkinson's, Alzheimer's and dementia.

Here's the program I created for Jeff.  I hope it can help you, too!
http://ccsvi.org/index.php/helping-myself/endothelial-health
Time equals brain,
Joan
Full paper A Critical Role for the Vascular Endothelium in Functional Neurovascular Coupling in the Brain  http://jaha.ahajournals.org/content/3/3/e000787.full 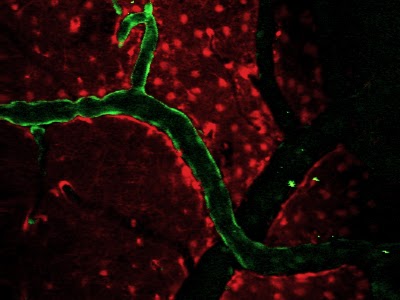