The latest MS drug trials all have a new target.  The new buzzword in MS drug development is "neuroprotection."  What does this mean, and why the switch?

Neuroprotection simply means protecting neurons by reestablishing blood flow and perfusion after a loss of oxygen to the brain.  We see these drugs are currently marketed to those who suffer from stroke.


Neuroprotective agents are used in an attempt to save ischemic neurons in the brain from irreversible injury.[2]    http://emedicine.medscape.com/article/1161422-overview

I wrote about this subtle shift from drugs which modulate the immune system to drugs which address blood flow in 2013.  Here's that post:
http://ccsviinms.blogspot.com/2013/08/medications-for-ms-addressing-blood.html


What MS researchers are now doing is working with pharmaceutical companies to test and prescribe new drugs which address the damage caused by slowed blood flow.  And these drugs are called "neuroprotective."

Which is exactly what Dr.  Robert Fox is doing now with Ibudilast.
How does ibudilast work?
It relaxes blood vessels and increases blood flow by inhibiting phosphodiesterases and releasing nitric oxide from the endothelium.
http://www.ncbi.nlm.nih.gov/pubmed/11607039

Dr. Fox has been working on a clinical trial for those with progressive MS, using Ibudilast (MN-166) which has been prescribed to treat stroke and asthma patients for two decades-
http://multiplesclerosisnewstoday.com/2015/05/13/major-progressive-ms-trial-completes-enrollment-experimental-therapy/

Ironically, ibudiblast has already been studied in a phase II trial involving 292 patients with relapsing MS and was found to decrease relapses.

However, Dr. Fox's trial will only be looking at progressive MS.  This way, people with relapsing remitting MS can still be sold expensive immune modulating drugs, and the researchers do not have to change their EAE story line.

And, not coincidently, one such researcher is Dr. Robert Fox.  In 2010,  Dr. Fox, a neurologist, received money from the MS Society to study CCSVI, a vascular disorder.   A medical student in his lab discovered never before seen venous malformations in the jugular veins of cadavers of people with MS.  And in 2011, the results of this study cause quite a stir at ECTRIMS.

Some results from the first 13 cadavers were presented during a platform session at ECTRIMS by Case Western University medical student Claudiu Diaconu. He confirmed that venous structures in the brain and brainstem appear to be far more complicated and variable than previously thought.
In fact, the postmortem study revealed the presence of a novel venous valve that had not been described in anatomy textbooks.
Perhaps the most important finding was that most of the stenoses identified in the study were not associated with vessel wall thickness or circumference.
As a result, Diaconu said, cerebrospinal vein scans in live patients "should focus on identifying intraluminal abnormalities, not just vessel wall narrowing or thickening.
http://www.medpagetoday.com/MeetingCoverage/ECTRIMS/29266

"Hemodynamic consequences from intraluminal abnormalities" simply means they found a mechanical reason for the slowed blood flow, also known as hypoperfusion, which exists in MS.  Blockages inside the veins.

This hypoperfusion and ischemia in MS is a fact.  But neurologists and MS specialists cannot make any money treating venous malformations, or understanding how to improve perfusion with nutrition, exercise and lifestyle adjustments.  Understanding the heart brain connection won't benefit them, or their labs.

That's right.  Dr. Robert Fox will never tell you that ibudilast is a post stroke treatment, already approved and shown to relax blood vessels, increase blood flow, oxygenation and perfusion in the brain.  And it helps people with RRMS, as well as progressive MS.  He will tell you it is "neuroprotective" and blood flow doesn't matter....

I am so sick and tired of this charade.  I hope everyone can understand this.  Medicalese is being used to keep people in the dark regarding the MS disease mechnisms.

Hypoperfusion and slowed blood flow are realities in MS. 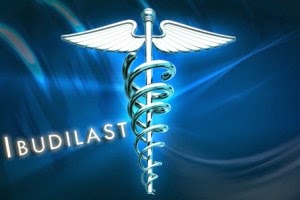