We are just beginning to understand the brain's lymphatic vessels, and how this newly discovered system may be implicated in neurodegenerative diseases like MS.  It will be important to consider the mechanistic system which enables lymphatic drainage to mature and function.  In recent experiments conducted with mice, veins are implicated in lymphatic flow.  In fact, when mice had veins that did not drain, but had a reflux of blood flow---like what we see in CCSVI---lymph stopped flowing.  And lymph vessels stopped forming correctly, due to endothelial dysfunction.

From a press release from the Perelmen School of Medicine at the University of Pennsylvania's Kahn Lab-- on research published in The Journal of Clinical Investigation's August issue:
http://www.uphs.upenn.edu/news/News_Releases/2015/07/kahn/

Flow means "go" for proper lymph system development
PHILADELPHIA--The lymphatic system provides a slow flow of fluid from our organs and tissues into the bloodstream. It returns fluid and proteins that leak from blood vessels, provides passage for immune and inflammatory cells from the tissues to the blood, and hosts key niches for immune cells. How this system develops hasn't been well understood, but now researchers from the Perelman School of Medicine at the University of Pennsylvania have found from experiments in mice that the early flow of lymph fluid is a critical factor in the development of mature lymphatic vessels.

The project was prompted in part by recent studies of cultured lymphatic vessel endothelial cells that suggested that fluid forces could be an important factor in the maturation of lymphatic vessels. But there was no straightforward way to test this hypothesis in live animals.

"No one had been able to come up with a way to stop lymph flow in embryonic animals, without preventing their lymphatic vessels from developing in the first place," said first author Daniel T. Sweet, PhD, a postdoctoral fellow in the Kahn Laboratory.

In humans and other mammals, the lymphatic system is a low-flow system that, unlike the blood circulatory system, has no central pump. Instead it relies on muscular contraction of the mature lymphatic vessel wall and small valves in lymphatic vessels to squeeze fluid along and prevent backflow.


Larger collecting lymphatic vessels receive many small inflows from lymphatic capillaries in surrounding tissues. "You can't just close one of the vessels to block flow downstream--there are many other tributaries coming in," said Sweet.
The solution to testing the role of flow in developing lymphatic vessels turned out to be a line of transgenic mice, developed earlier by the Kahn laboratory. Lacking a gene called Clec2, the mice fail to produce a certain receptor on blood platelets, with a remarkable result: veins that normally help drain the lymph system leak back into it. Like an ocean tide surging into a river, this upstream flow of blood stops the usual downstream flow of lymph.

What's more, the researchers found that smooth muscle cells, which normally form a thin lining in mature lymphatic vessels, and perform contractions that help lymph flow, instead formed an abnormally thick lining, as if the usual signal to shut off cell proliferation were missing.
"We started off thinking that flow might have a role just in valve formation, but ended up realizing that flow is really controlling all aspects of the maturation of these lymphatic vessels," said Sweet.


If flow is essential for a healthy lymphatic cleansing system---which we now know is part of the brain as well as other organs---the lack of venous drainage for the brain and spine could have disaterous affects on immune cells and metabolite cleansing processes. And reflux and slowed flow of venous blood in the jugular veins--as noted in CCSVI--could be shutting down the lymphatic drainage system of the brain.  Endothelial dysfunction, which has also been noted in MS, also plays a role in the cessation of lymphatic flow.  Flowing fluids create shear stress, and are needed for healthy endothelial cells.  It's a virtuous cycle. 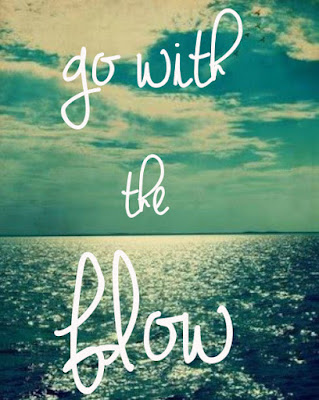