New research shows the connection between low levels of melatonin, known as the sleep hormone, and MS relapses.

Melatonin is the hormone which helps encourage our sleep state.   It is made by the pineal gland in our brains, and it needs the visual cue of darkness in order to begin production.  We naturally produce more melatonin in the fall and winter months, because darkness is more prevelant.  This is why we might find ourselves sleepier and more likely to want to hibernate during these darker months, because our brain is cranking out melatonin.

New research is linking this lower level of melatonin found in spring and summer to seasonal relapses in MS.
http://www.cell.com/cell/fulltext/S0092-8674(15)01038-7

It appears that in humans with MS, the lower levels of melatonin found in their blood during the sunnier months might be linked to MS progression and relapse rate.  That is, there is a correlation between seasonal low melatonin levels and clinical relapses.  (It's always important to make the distinction between correlation and causation---  the researchers are just noticing that in people with lower levels of melatonin, there were more frequent relapses...but, if you read this whole post, I hope I'll explain why this might be.)  Don't go out and buy melatonin just yet!

The researchers who are studying melatonin weren't quite sure why it is so helpful to people with MS.   So, they go to the EAE model of MS in mice and studying t-cell modulation.  ARGHHH!!!!   Why???

We don't need to look at EAE in mice---we already have a correlation of melatonin levels in brain health for HUMANS.

When we look at MS as a disease like stroke in humans, where hypoxic injury and reperfusion injury damage the endothelial layer of the brain's blood vessels....it all makes sense.


Melatonin has a cellular protective effect in cerebrovascular and neurodegenerative diseases. Protection of brain endothelial cells against hypoxia and oxidative stress is important for treatment of central nervous system (CNS) diseases, since brain endothelial cells constitute the blood brain barrier (BBB). In the present study, we investigated the protective effect of melatonin against oxygen-glucose deprivation, followed by reperfusion- (OGD/R-) induced injury, in bEnd.3 cells. The effect of melatonin was examined by western blot analysis, cell viability assays, measurement of intracellular reactive oxygen species (ROS), and immunocytochemistry (ICC). Our results showed that treatment with melatonin prevents cell death and degradation of tight junction protein in the setting of OGD/R-induced injury. In response to OGD/R injury of bEnd.3 cells, melatonin activates Akt, which promotes cell survival, and attenuates phosphorylation of JNK, which triggers apoptosis. Thus, melatonin protects bEnd.3 cells against OGD/R-induced injury.

Now in plain English---melatonin protects the endothelial cells of the blood brain barrier, and keeps those endothelial cells alive during times of of low oxygen and low glucose delivery--- so they can protect the brain.  Melatonin is a known anti-oxidant.  Just like fruits and vegetables.

Another connection could be that people with MS who have lower levels of melatonin just aren't getting enough good sleep---and that could be the connection to higher relapse rates.  Especially now that we understand how the brain's lymphatic cleansing system works only when we sleep.

To complicate and confuse matters---melatonin has an inverse relationship with vitamin D.  In research in people with MS, it was shown that people taking higher Vitamin D supplementation had lower levels of melatonin.
http://www.ncbi.nlm.nih.gov/pubmed/23665342

Bottom line:  Both melatonin and vitamin D are hormones which are also anti-oxidants, decrease inflammation and address oxidative stress.

Long-time readers of this blog will know that it's never about one pill or supplement, it's about living a complete lifestyle which encourages endothelial health.   It's all about balance. And there are many ways to accomplish this.

It's difficult to double-blind and research a complete lifestyle----which is why researchers will pick one aspect at a time---like Vitamin D levels, or melatonin levels, or cholesterol levels.  You get the picture.

Have your vitamin D levels tested.  If they are low, supplement and get some UV ray therapy.  If you have trouble sleeping, or are jet-lagged,  talk to your doctor about possibly adding melatonin to your regimen.  But remember to move, and eat whole and colorful foods, and laugh, and reduce stress, and get good sleep.  It's a complete lifestyle, and no one pill or supplement can replace that. 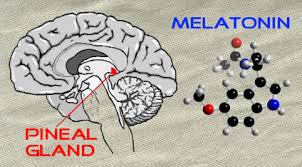