An inexpensive over the counter supplement, Lipoic Acid, has been shown to decrease brain atrophy and increase walking speed in people with secondary progressive MS.

Participants took 1200mg. of lipoic acid daily, while others took placebo.  And there were improvements shown in the pwMS--so much so, that neurologists are talking about it at ECTRIMS, in a recent oral presentation at the conference.
Link to news release

"There is a great unmet need to find a disease-modifying therapy for progressive MS. We wanted to look at lipoic acid as possibly filling this role since it's a small-molecule agent that, because of its low cost, could be readily available to anybody who needed it," said Dr Spain.

As I've written many times on this page, it is MUCH easier to test one supplement at a time against placebo, rather than having a trial for an entire lifestyle program.   This is why "gold standard" drug or supplement trials get all of the research dollars and attention.  So, it's at least nice to see a trial of a supplement which has no harmful side effects.

What is Lipoic Acid (LA), also known as a-lipoic acid (ALA) and how does it help people with MS?

Lipoic Acid (LA) is found in almost all foods. Highest levels are found in organ meats, broccoli and spinach.  Tomatoes, peas and brussel sprouts also have higher levels of LA.

LA is an anti-oxidant, and prevents damage due to oxidative stress.
It has been tested and found to be helpful for people with metabolic syndrome and diabetes---because it improves endothelial function.
link
link

That's right.  LA helps the vasculature and blood flow.  It increases nitic oxide availabilty and allows for vasodilation.  You won't be reading that in any neurology press releases any time soon, but this is a fact.  LA increases blood flow, via dilation of vessels through endothelial health.  And this could account from the maintenance of gray matter and improved walking times in people with MS.

But you know what is even better than simply taking LA or biotin or any other supplement?  Using an entire lifestyle program-- including nutrition, exercise, stress reduction, UV ray exposure-- which is shown to reduce oxidative stress, increase endothelial health and protect your brain.
The Endothelial Health Program

It's not a pill,  it's a lifestyle.
Joan 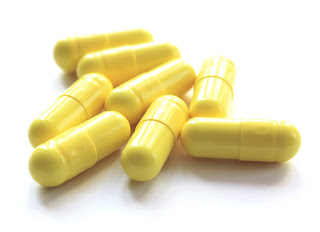