Multiple Sclerosis is a Spectrum Disorder

Dr. Gayatri Devi is a neurologist at Lenox Hill Hospital in NYC.  She has recently published a book called "The Spectrum of Hope: An Optomistic and New Approach to Alzheimer's Disease and other Dementias."

Dr. Devi is redefining Alzheimer's as a spectrum disorder, meaning that this diagnosis is not the same for every patient, that each patient will have a unique experience, and that there is much which can be done to empower the individual patient to reclaim their health.  A diagnosis of Alzheimer's is not "one size fits all."  And she attacks the biggest myth---that all people with an Alzheimer's diagnosis will end up incompetent in a nursing home.  She says this simply isn't true.

I like Dr. Devi.  A lot.  She is positive, informed and uses real data and science to back up her claims. She has worked with Alzheimer's patients for 23 years, and she wants to dispel the myths about the disease.

Dr. Stuart Zola of Emory University has been making the same case.  He has been advocating for a spectrum disorder classification for Alzheimer's Disease and has specific recommendations for treatment.
link

His most important lifestyle interventions are the exact same as Dr. Devi's.
1. Heart Healthy Diet
2. Stress Reduction
3. Exercise
4. Sleep
5. Cognitive training--use it, or lose it.

I would submit that the exact same case could be made for Multiple Sclerosis.
MS is a neurodegenerative disease which is not genetic.  MS is a vastly different disease in individuals.  MS also occurs more commonly in women.   MS progression can be halted.  MS is a spectrum disorder.

Then why aren't MS neurologists using this same language in discussing treatment and lifestyle intervention with their patients?

The difference is that MS has a $20 billion dollar a year drug industry attached to the diagnosis.  And it is important for MS specialists to maintain the narrative that MS is a destructive, incurable autoimmune disease which must be attacked at the very beginning with immune modulating drugs.  No matter the disease presentation, the age of the patient, the level of neurologic damage---the narrative has been that ONLY drug intervention can arrest the MS disease process.  And this narrative has been pushed and publicized by MS Societies, MS advocacy groups, MS blogs, MS groups (which are sponsored by pharma) and in the press.  There's a lot of money wrapped up in telling this story.

Watch this Canadian news story from 1989, almost 30 years ago.   It will take you 18 minutes, but I believe it is important. The first half is about chemo treatment for MS, the second half is about nutrition.

Notice how the neurologists speak to the MS patient about his wheelchair prognosis "in two years" if he does nothing to treat his MS aggressively.   Jeff had a very similar prognosis. He was having trouble walking, was spending the day on the couch, exhausted.  Just like Ron, he was told to "do everything he could" to fight his MS.  But that "everything" only included drug therapy.  Listen to how Ron accepts the risks of cyclophosphamide (Cytoxan), a cancer treatment with very serious side effects,  which would eventually be shown to be ineffective as a monotherapy for MS. link

At 10 minutes in we meet another person with MS.  She has been part of Dr. Roy Swank's 35 year observational study of a low fat diet.  Dr. Swank's patients are still walking, working, living, remaining stable.  Dr. Swank gave his patients hope of disease reversal, of remaining mobile.   His program is simple.  Avoid fats from meat and dairy, eat mostly plants.  What we would call a "heart healthy diet."

The MS neurologist speaks for the medical profession, saying diet has "little to no role" in the care of MS patients.  And this is the position of the MS Society today---even though the science shows that the diet has made a difference.   Again, this was 30 years ago.  And it is still true---as the MS Society threatens to sue Matt Embry for speaking out about true MS Hope, and a program based on the Swank Diet.   link

We need to reframe the dialogue.  MS is a spectrum disorder.  It can be treated with lifestyle, nutrition, and exercise.   A healthy heart and vasculature can protect the brain.   Yes, MS will be different for every individual, medications may help some--and not all will recover.  But that does not negate the very real improvements made for many.

Push back against the pharma narrative.
Write your own story, 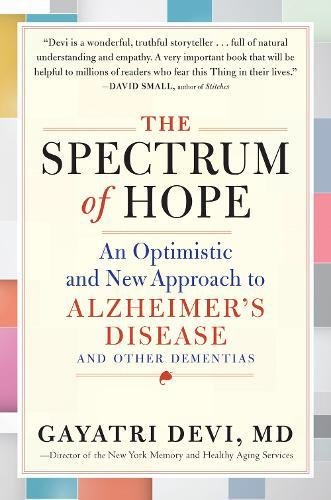