It's been awhile since my last blog entry.  It's not for lack of published research on the vascular connection to MS, as there are new studies showing slowed (hypo) perfusion in the MS brain link a breakdown of the blood brain barrier preceding lesion formation link and further evidence of the importance of cardiovascular health in maintaining brain volume for pwMS.  link

The hiatus was simply because Jeff and I have been busy. We've been traveling, performing, giving masterclasses, celebrating our son getting married and receiving his master's degree, and enjoying living.  Jeff remains active and continues to jog, hike and bike.  He has been very busy with composing commissions, including a song cycle for the St. Louis Symphony, a symphony for the New West Symphony, and new chamber and dance works.  Some new scoring projects to look out for in 2019 are the documentary "The Biggest Little Farm" and a new series for ABC called "Grand Hotel."   Trust me, we know we're blessed.  When Jeff was first diagnosed with MS in 2007, his prognosis was pretty dire.  We do not take his health, or our lives today, for granted.

I wanted to write this post to share a very important paper I first read several years ago.  It was written in 1988--over 30 years ago!   I believe it can help us answer the question as to what happened to CCSVI?

The entire paper is here: Malcom Nicolson and Cathleen McLaughlin :Social constructionism and medical sociology: a study of the vascular theory of multiple sclerosis

The authors are responding to a critique of their work, which stated that societal hierarchies really didn't influence medical research, and needn't be considered.  The writers disagreed with this critique, and in this paper they show how medical research and treatment are developed with a societal bias.  This bias depends on who claims ownership of a particular disease and what their specialty is.  A researcher's area of knowledge and expertise decide how a disease is viewed and treated.

Scientists cannot therefore devise scientific theories solely in the light of their direct immediate experience of phenomena. They base new knowledge upon the relevant data and upon their pre- existing beliefs and theories. We understand the unknown in the light of what we already know - which, of course, in tum has its roots in training and in prior socialisation. Different observers, therefore, produce radically different cognitive worlds because modes of observation, and the points from which observation takes place, differ.

And the authors use multiple sclerosis as their empirical case study---by outlining how the neuron-centric neurologists had ignored and even deliberately buried the evidence of the vascular system's impact on brain health, in order to focus on their own immunological view of the disease and their  pharmaceutical immune modulating treatments.

This is from the abstract:

A recent debate surrounding the pathogenesis of multiple sclerosis is analysed in terms of the skills, interests and backgrounds of the medical personnel involved. It is noted that the proponents of the vascular theory possess developed expertises in interpreting disease in structural, vascular terms, whereas their opponents' skills lie in immunology or neurology. Different observers have produced different conceptions of the disease because modes of observation, and the points from which observation takes place, differ. It is also noted that the debate over the causation and treatment of MS has occurred between a large and powerful social group and a weak and marginal one. The effects of this power inequality on the production and assessment of knowledge about MS are investigated.

The vascular links to MS have long been known, since Rindfleisch first saw the central vein sign through a microscope in 1863.  CCSVI was not the first vascular treatment to be "debunked" by neurologists using badly designed and obviously biased studies.

As the paper states many times, vascular specialists are not as powerful as neurologists, and rarely are able to respond to these dismissals or badly replicated stabs at their research.  They are paid less, receive less funding for their research, are less respected.  We've seen them disparaged as "plumbers."  Neurologists comment that this is because blood vessels are not as complex as the brain.  And yet, ironically, it is a lowly central vein sign which is 100% accurate in diagnosing MS lesions.
The Central Vein Sign

Before Dr. Zamboni was ever called a quack, Dr. Tracy Putnam, the founding neurologist of the National MS Society, was maligned for using a newly discovered blood thinner, dicoumarin, to treat his MS patients.  Neurologists were quick to point out that the blood thinner did not help all people with MS, and Putnam's work was therefore invalid.  All of his prior work, his blocking venous return in dogs and creating MS lesions, his understanding of the venous system, was rejected in toto.   Because the new and exciting science of immunology was gaining traction and research funding.  link

After that, Dr. Roy Swank received the "quack" treatment in the 1960s, for suggesting a cardiovascularly healthy low fat diet and exercise could help MS patients.  Even though Swank showed improvements in the vast majority of MS patients who remained on his program, neurologists tossed his research in the trash, mocking him and claiming his studies were not valid.  link

Dr. Franz Schelling, an Austrian physician published a complete review of prior vascular MS research, and asked important questions as to why the jugular foramen opening and venous returns in skulls of people with MS were vastly different from normal skulls.  He research took place at the University of Innsbruck in the 1970s, and his original paper would be published, and is frequently cited by vascular and anatomical researchers, but not neurologists. ( link   link  link )

He then studied cerebral lesions and found a mechanical connection between venous reflux and lesion presentation in the brain and spine.   Dr Franz Schelling produced a Poster Presentation - The Discovery of the Venous Origin of Cerebral Multiple Sclerosis - at the Second European Congress of Nuclear Magnetic Resonance (NMR) in Medicine and Biology.  He was there to encourage other researchers to look at what he had discovered in people with MS  link to poster

Highly recommended and thorough research, which was tossed in the bin with nary a response or curious inquiry from neurologists, and a tragic portrayal of quackery, once again.
link to Schelling's research


The paper on Social Constructivism focuses on another doctor who was similarly dismissed.  Dr. Philip James had the same exact treatment of his hyperbaric oxygen MS studies in the 70s and 80s.  First, he was labeled a quack, then neurologists attempted to copy his studies, changed his protocol and (no surprise!) couldn't replicate his results.  Again, research tossed into the garbage.  This pattern of debunking vascular studies has a long, sordid history.


As the accounts of new experiments and fresh clinical trials are published, each side is able to place its own interpretation upon the results. The early hyperbaric oxygen trials were badly organised and poorly controlled. The results were thus easy to dismiss, particularly since multiple sclerosis is often marked by spontaneous remission, regardless of medical intervention.

What is most important to take away from all of this is that each of these older "debunked" treatments----HBOT, diet, exercise, blood thinners (such as aspirin) are now scientifically recognized as helpful to people with MS, because of their affect on cerebral blood flow.   And people with MS often utilize some or all of these treatments, without realizing their connection to vascular MS research.  Are these treatments cures?  For some, they can stop MS disease progression. But MS is a wildly variable disease, and these treatments do not work for all.  Does that fact invalidate the research?  I don't think so.  But I'm not a neurologist.

I had hoped people would recognize that venoplasty was not being called a "cure" for MS.  It was simply another treatment--like exercise, diet, lifestyle, meditation, sleep, etc-- which could potentially improve cerebral blood flow, heal the endothelial layer of blood vessels, maintain gray matter and slow MS disease progression.  No surprise,  neurologists went ahead with ill-conceived and flawed studies, in order to debunk Dr. Zamboni and shut it all down.   Better to kill the theory and debunk the messenger,  than attempt to understand the connection.

Even after all of this unnecessary drama, it makes me happy to see people wth MS sharing their knowledge and encouraging each other on social media.  People with MS are healthier today because of this collective knowledge.  I still have hope that the ISNVD will further define the connection between the larger veins, cerebral perfusion and MS, and how to treat CCSVI.  ISNVD website   And maybe someday, neurologists will admit that the engorged central vein-- first seen with a microscope in 1863 and now part of an MRI MS diagnosis-- is important to understand, even if it's only a lowly blood vessel. 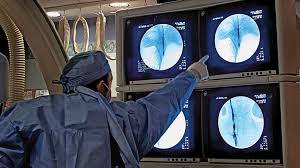