It's been a busy month for MS research.  I wanted to give a brief overview of the new publications coming out in vascular journals, linking CCSVI and MS to slowed cerebral blood flow, changes in cerebrospinal fluid flow and coagulation factors.

As much as neurologists and immunologists continue to claim this exploration is dead, finito, over---there are still dozens of publications in press or being published which elucidate the vascular connection of CCSVI to neurological disease.  This exploration is far from over, as more and more international investigators join in the exploration.


1.  The International Society for Neurovascular Disease (ISNVD)--a multi-disciplinary group of researchers, has published their position statement on recommendations for multimodal noninvasive and invasive screening for detection of extracranial venous abnormalities indicative of CCSVI.

This position paper is extremely important, because it addresses the variablity of findings made by other researchers examining impaired venous flow in people with MS---and gives the first ever standardized imaging and evaluation recommendations.  It is written by some of the leading venous and imaging experts in the world.

The delay between the beginning of beginning of systole and the CSF outflow was higher in ST compared to NST MS. Less IJV flow was observed in ST vs NST MS. None of the measures was different between the different MS phenotypes. These results suggest that alterations of IJV morphology affect both IJV flow and CSF flow timing but not CSF flow amplitude
http://benthamscience.com/journal/abstracts.php?journalID=cnr&articleID=124278

3.  Tying into this impairment of CSF outflow dynamics, another recent publication found that the third ventricle in the brains of those with CCSVI was much larger than in healthy controls on MRI.   The third ventricle is one of four ventricles in the brain, and is filled with cerebrospinal fluid (CSF).  In normal brains it is a narrow cavity and CSF flows freely through in a timely manner.  In those with hydrocephalus or normal pressure hydrocephalus, this ventricle expands.
http://ccsviinms.blogspot.com/2012/11/normal-pressure-hydrocephalus-once.html

This buildup of fluid can damage the brain.  And the third ventricle is enlarged in those with CCSVI, indicating a lack of timely venous flow is impacting CSF flow.

In the MS–CCSVI group, the third ventricle diameter was 6.2±1.7 mm (from a minimum of 2.5 mm to a maximum of 9.2 mm, with a median of 6.3 mm, and a mode of 6.0 mm). Our data showed that 29 patients (88%) had an increase in third ventricle diameter, whereas only four patients (12%) had physiological size (less than 4 mm) comparable to all healthy control group subjects (27.28%). These results show that the increase in the third ventricle diameter could represent a criterion of positivity of neurological disease in patients with CCSVI.
http://www.dovepress.com/increased-size-of-third-ventricle-in-patients-with-multiple-sclerosis--peer-reviewed-article-JVD

4.  Finally, a group of vascular researchers look at how successful endovascular treatment of CCSVI changes the blood.  The fact that MS is related to higher levels of fibrin, ET1 and other markers of hypercoagulation and endothelial dysfunction has already been firmly established.
http://ccsviinms.blogspot.com/2014/03/blood-matters.html
http://ccsviinms.blogspot.com/2012/11/whats-blood-got-to-do-with-it-nov.html

This group wanted to see if these blood markers changed, once normal venous flow was established.  They were.  In fact, lower coagulation activation status was associated with a better clinical outcome.  Another connection to the blood and endothelium.

Coagulation activation and endothelial dysfunction parameters were shown to be reduced at 1 month and stable up to 12-month follow-up, and they were furthermore associated with a good clinical outcome. Endovascular procedures performed by a qualified staff are well tolerated; they can be associated with other currently adopted treatments. Correlations between inflammation, coagulation activation and neurodegenerative disorders are here supported by the observed variations in plasma levels of markers of coagulation activation and endothelial dysfunction.
http://journals.lww.com/bloodcoagulation/pages/articleviewer.aspx?mobile=0&year=2014&issue=10000&article=00012&type=Abstract&desktopMode=true

There is much movement in the study of how impaired venous return affects the brain for those with CCSVI/MS, and how treating this impairment improves clinical outcomes.  I live with anecdotal proof.  Jeff is now almost six years past his endovascular treatment and repair of malformed jugular veins and dural sinus.  He is jogging, traveling the world, working more than full-time, with a reversal of gray matter atrophy.  His third ventricle looks normal on MRI, he has had no further MS progression.  His coagulation numbers went from severe hypercoagulation, to normal.

There is a connection.  We will not let this research slip through the cracks.
stay tuned,
Joan 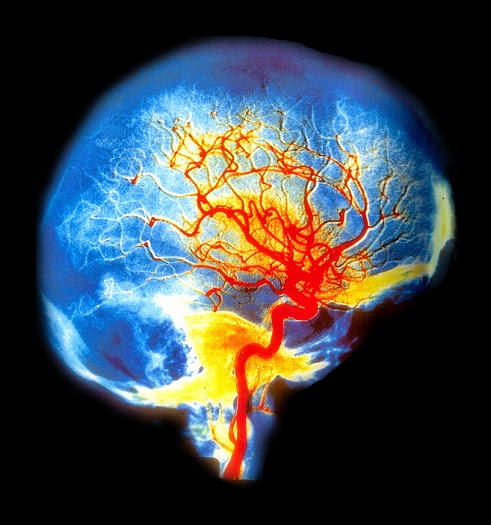