While neurologists continue to insist that cerebral blood flow isn't all that important to brain health---vascular surgeons are finding out that a simple endovascular treatment can help their patients' memory and cognitive function.

25 patients were treated with carotid artery stenting.  These patients were elderly and had carotid artery stenosis, but were asymptomatic (since they had not had strokes.)   Their arteries were simply
closed off and the blood flow going to their brains had been slowed, resulting in hypoperfusion.  These patients showed cognitive impairment in a variety of functions, which were assessed before their treatment.

Six months after carotid artery stenting treatment there was significant improvement in neuropsychological testing for all patients.


RESULTS:  There were no neurological complications during the procedure or during hospitalization in any patient. No deaths or cardiac complications occurred in any patient.
The pre-procedure neuropsychological study showed cognitive impairment in: information processing speed in 15 patients (62.5%), visuospatial function in 14 (56.0%), memory in 18 (72.0%), executive functions in 14 (56.0%), language in three (12.0%), attention in 10 (40.0%), and global cognitive performance in eight (32.0%).
Comparison of these scores with those obtained 6-month post-procedure showed significant improvement in GCS in all patients (p = .002), with a particularly marked gain in information processing speed (p = .018). Although significant improvement was not found for the remaining cognitive functions assessed, some gain was documented, and there was no deterioration.
CONCLUSIONS:

How does this relate to CCSVI?

People with MS have cerebral hypoperfusion.  This is scientific fact.

There has been an association found between slowed venous return, hypoperfusion and MS.
http://ccsviinms.blogspot.com/2011/03/dr.html

Improving cerebral bloodflow through balloon angioplasty, exercise, nutrition, supplements, UV rays and lifestyle changes such as smoking cessation can truly make a difference.  The heart and brain are connected.  The brain is nourished by the arterial delivery of blood, and cleansed by the venous return back to the heart. Stenotic blood vessels, on both the arterial and venous sides, harm the brain. We ignore this connection to the detriment of our health.

The research continues to come in, from all over the world, in a variety of specialties.
Cerebral bloodflow matters.
Joan 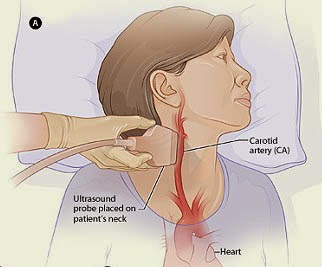