When MS specialists discuss treatment modalities for people with MS, they use a specific phrase to refer to disease modifying drugs, which have been through the pharmaceutical trial process.  These MS therapies are referred to as "proven treatments."  Simply, this means is that the drug has been clinical trialled in a double-blind, placebo controlled trial.  This is considered the gold standard for proving a treatment is effective.
http://www.medpagetoday.com/HOTTOPICSNeurology/Neurology-Videos/455

But this does not mean is that the drug actually does anything to slow progression of MS.

It simply means the drug is "proven" to slow relapses and new lesions when compared to placebo.  This does not mean it is proven to slow gray matter atrophy, to help with symptoms, or slow disability or progression.

Neurologists will steer their patients towards these "proven treatments", because they have attended symposia and conferences where only the best, cherry-picked results of clinical trials are released.   Side effects are often down-played, because MS is such a devastating disease.  They will hear about reduction in relapses and reduced enhancing lesions on MRI.  They will be told this treatment is proven, and they will receive incentives for prescribing these medications to their patients.

But what of the "unproven" treatments for MS?  These are often lumped together by MS Societies and neurological organizations as "alternative treatments" and discussed with barely disguised disdain. But that doesn't mean these treatments don't help people with MS.  Nor does it means there isn't published science regarding these treatments, showing their efficacy.  It just means pharma does not sponsor the placebo controlled clinical trials.  No one is paid to tell you about an alternative treatment.
http://ccsviinms.blogspot.com/2010/01/the-alternative-connection-january-2.html

Here's a recent example.  Aerobic exercise increased brain size in people with MS 16.5%, and improved memory 53.7%.  It's been shown to be effective, and is "proven" in scientific research.  There are no toxic side effects.  Yet exercise is still called "alternative" by MS specialists.
http://ccsviinms.blogspot.com/2013/11/a-body-in-motion.html

It is impossible to have a placebo-controlled trial for a new life.

Where does this leave us?  With a lot of "unproven," anecdotal evidence that has been accumulating for seventy years.

Dr. Swank came up against this brick wall in the 1950s.  He had plenty of anecdotal evidence that his patients--who were on a low fat diet and staying physically active--did better.  They had slower MS progression and remained mobile into old age.  But medical science would not accept his evidence, because it was not from placebo-controlled clinical trials.  Dr. George Jelinek and Dr. Terry Wahls come up against the same brick wall today.  Dr. Paolo Zamboni created a furor, by suggesting that these "proven" MS treatments were merely going after a secondary reaction of the CNS due to slowed venous return from the brain.  His CCSVI research, although proven to be relevent to MS and neurovascular disease, resulted in the most heavily debated "unproven" treatment.

I live with someone who was told- at his MS diagnosis seven years ago- that sadly, he would most likely not be walking much longer.  As his neurologist reviewed his lumbar puncture and MRI results, my husband was told that his MS, which had been diagnosed in his forties with many enhancing lesions, was the type shown to be rapidly progressive in men.  His neurologist was sorry that she could not prescribe the most effective, proven treatment, Tysabri--because it had just been taken off the market by the FDA due to (at that time) the deaths of a few patients.  She suggested Copaxone, another "proven" treatment, and sent us on our way, with the advice to "do everything you can right now!"

Seven years later, Jeff visited his neurologist for a check-up last week, where he told her of his recent trip to Israel and hike up to the top of Masada.  He discussed his mountain biking, hiking and active lifestyle, which he credits to his successful venoplasty at Stanford University in 2009 and his new life--full of phytonutrient rich food, UV rays, stress reduction and aerobic exercise.  All "unproven" treatments that have changed his MS course.  His gray matter atrophy has been reversed, he has had no further MS relapses in seven years.  "You are very lucky!", says his neurologist.  His health and MS disease cessation is called an anomaly, because there was no placebo-controlled, age matched patient to compare him to.

Like thousands around the globe, Jeff has used "unproven" treatments to regain his health.  Sadly, these treatments will remain "unproven."  They will be discussed in a neurologist's office with an eye roll and disdainful laugh.  The way Dr. Aaron Miller mocked me when I told him two years ago that Jeff had returned to downhill skiing.

"Ha!  You're kidding!  You still believe in CCSVI!  Hope your husband keeps skiing!",  Dr. Miller said to me with a cold laugh as he turned away from me, and walked back into the AAN conference meeting.  Back into a gathering of MS patients and neurologists, where he would tout the newest "proven" treatments for MS. 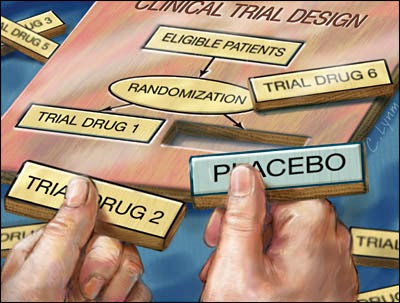