The following is an open letter to Dr. Dennis Bourdette in response to his editorial in the June 2014 issue of Neurology, entitled Venous Angioplasty for "CCSVI" in multiple sclerosis: ending a therapeutic misadventure.  This open letter has been sent to his university, as well.  I hope to continue a dialogue with the CCSVI advocacy community and neurology.


I was disappointed to see that your comments in Neurology only focused on one half of the two phases of the BNAC PREMiSe CCSVI trial.  The first phase, which has been largely ignored by the press and neurology,  was a case controlled study of venoplasty in 15 patients with RRMS.  Eight patients were treated with venoplasty to repair CCSVI, and the other seven had delayed treatment after 6 months.  There was an immediate improvement in cerebrospinal fluid flow in the treated group, a lessening of lesions on MRI, while the delayed treatment group showed continued MS progression, more lesions and altered CSF hemodynamics.  This phase of the study showed venoplasty, when able to restore venous flow to >75% of capacity,  created a measured improvement of CSF flow and better parenchyma venous drainage, which continued on for twelve months after treatment.   It was published in The Journal of Vascular Interventional Radiology.  (1)  Important to note that Phase 2 of PREMiSe DID NOT restore venous flow to >75%.. In fact, it only restored venous flow to 50%, and was a failure of treatment.  There are many more published studies finding a connection of CCSVI and MS and improvements after successful treatment, and they appear mainly in vascular journals and are ignored by neurology. This disconnect has become increasingly frustrating to those of us whose lives depend on the future of MS research.

As a neurologist with an endowed chair from the Swank Family Foundation, I'm sure you are well-versed in the vascular component of multiple sclerosis.  Dr. Roy Swank was documenting  "capillary fragility"  in Neurology's pages in 1958.  He found systemic subcutaneous hemorrhages in his MS patients, decades before the science of the endothelium.(2)  He also noted hypercoagulation, platelet abnormalities, and slowed cerebral blood flow in MS.(3)  Today, we understand much more about how the vasculature is involved in MS. (4)  To label research into CCSVI and the extracranial venous system as a "misadventure" is to do science a great disservice.

In spite of the accumulating links of MS to cerebral hypoperfusion (5) and recent research as to how the vascular endothelium controls cerebral blood flow and neuronal health (6), neurological researchers remain wedded to Dr. River's EAE murine model of 1935.  This allegiance to EAE is a stranglehold far more damaging than Charcot's harness. (7)  The tragedy of PML occurred in patients receiving Tysabri infusions only because mice cannot be infected by the JC virus.  The murine model testing of Tysabri could not foretell the deadly results in humans. (8)  The mouse model of EAE is not spontaneous nor does not remit, as MS develops, relapses and remits in humans.(9)  It is time to admit that the EAE mouse model, while somewhat effective for testing immune modulating pharmaceuticals, is not helping us understand the disease process we call multiple sclerosis.  Nor is it addressing MS disability progression linked to gray matter atrophy.

I am married to a man diagnosed with MS in 2007.  Due to his severe presentation, he was told not to expect many more days of mobility.  At the time, I noted vascular issues, including a petechial rash--the same rash Dr. Roy Swank had documented.  My husband also presented with extreme hypercoagulation and high liver enzymes.(10)  By making the connection of his disease to his vascular system, I was able to piece together peer-reviewed and published research to address these factors. Since his diagnosis seven years ago, he follows a diet and active lifestyle based on Dr. Swank's program-- combined with modern research into endothelial health and EDRF (nitric oxide), published by Dr. John Cooke, author of The Cardiovascular Cure. (11)

He had venoplasty at Stanford University over five years ago, to resolve a severe stenosis in his left jugular vein and dural sinus. (12) Since this successful endovascular treatment, which is approved for dural sinus stenosis (13), his gray matter atrophy has reversed, as documented on MRI. This fact makes it difficult to claim his improvements are due to placebo.  He jogs, skis, mountain bikes, hikes and works full days.  Not bad for a 51 year old man with MS.  Since venoplasty, his heat intolerance is gone, his cognitive fog and fatigue hugely reduced.  His bladder issues and spasms have remitted. He no longer has central sleep apnea.  He has had no further lesions or MS progression.  And yes, he is a wonderful anecdote; as are the thousands of other MS patients who have received venoplasty and had benefit.  Or the thousands of other patients, like Dr. Terry Wahls and Dr. George Jelinek, who have changed their diets, increased aerobic exercise, stopped smoking, utilized UV ray therapy, and found hope in "alternative" cardiovascular treatments.

Where is the intellectual curiosity of neurologists?  Why the continued disassociation of the brain with the cardiovascular system and blood vessels?

It is time to admit---neuroimmunology has failed MS patients.  This is exactly why so many patients and caregivers are turning to treatments outside the EAE autoimmune paradigm.  Neurologists must reach out, across academic silos, to include the new research of the endothelium and the vascular component of MS.  CCSVI investigation is only just beginning.  Neurology has had eighty years of EAE, and many, many failures.  The vascular endothelium and extracranial venous system deserve a bit more time and effort, before you proclaim the exploration over.

I invite a dialogue, Dr. Bourdette-- and would be happy to share your thoughts on this letter- in my blog and with the online CCSVI community.  I also invite you to consider the continuing research of the International Society for Neurovascular Disease. (14)


Vascular Medicine-A Critical Role for the Vascular Endothelium in Functional Neurovascular Coupling in the Brain.   J Am Heart Assoc. 2014;3:e000787


7. Behan, P Chaudhuri, A.  EAE in not a useful model for demyelinating disease.   Multiple Sclerosis


8. Steinman, L  Zamvil, S  Virtues and Pitfalls of EAE for the development of therapies for multiple sclerosis, TRENDS in Immunology Vol.26 No.11 November 2005 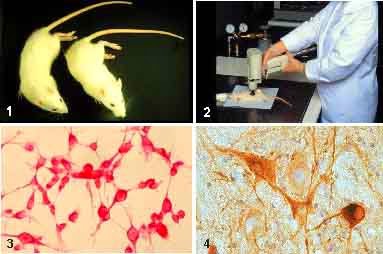