Dr. Dale Bredesen, Professor of Neurology at UCLA, authored the new paper.  Dr. Bredesen is one of many researchers who has questioned the pharmaceutical model of inhibiting beta amyloid plaques in Alzheimer's.

In the case of Alzheimer's disease, Bredesen notes, there is not one drug that has been developed that stops or even slows the disease's progression, and drugs have only had modest effects on symptoms. "In the past decade alone, hundreds of clinical trials have been conducted for Alzheimer's at an aggregate cost of over a billion dollars, without success," he said.

The model of multiple targets and an imbalance in signaling runs contrary to the popular dogma that Alzheimer's is a disease of toxicity, caused by the accumulation of sticky plaques in the brain. Bredesen believes the amyloid beta peptide, the source of the plaques, has a normal function in the brain -- as part of a larger set of molecules that promotes signals that cause nerve connections to lapse. Thus the increase in the peptide that occurs in Alzheimer's disease shifts the memory-making vs. memory-breaking balance in favor of memory loss.

Dr. Bredesen believed that using a multiple target lifestyle therapy with his Alzheimer's patients might improve brain signaling.  Here are the main features of the program he created, which was adjusted for each individual patient.

(1) eliminating all simple carbohydrates (breads, pastas, baked goods)
(2) eliminating gluten and processed food, with increased vegetables, fruits, and non-farmed fish
(3) reducing stress with yoga
(4) as a second measure to reduce the stress, meditation for 20 minutes twice per day
(5) melatonin each night
(6) increasing sleep from 4-5 hours per night to 7-8 hours per night
(7) methylcobalamin (vitamin B12)
(8) vitamin D3

(Long time readers of this blog will notice that this program shares a lot with the Endothelial Health Program)
http://ccsvi.org/index.php/helping-myself/endothelial-health

The results for 9 patients was better overall health, better body mass index, and a reversal of memory loss.   That's Alzheimer's Disease reversal!   Something no one drug has been able to achieve.

I've written about the difficulty in conducting double-blind, placebo control trials for lifestyle.   As Dr. Roy Swank, Dr. George Jelinek and Dr. Terry Wahls could all attest,  the "gold standard" trial approach works best for drugs. But that doesn't mean a holistic approach to healing is invalid, or cannot be trialled.  It just means it takes more work for both patient and researcher.

There is no way to patent or monetize a new lifestyle, so drug companies won't be paying for these studies.   However, a holistic approach addresses many different aspects of health.

Yes, this is a small study, and yes, it is still anecdotal evidence.  But this program can be used in clinical trials.  It will be costly, and take time---but it may save brains.

What does this Alzheimer's research have to do with MS?  When we consider the link of the heart to the brain and the importance of cardiovascular health to cerebral perfusion, we can understand the need for endothelial health.  An oxygenated, perfused, cleansed and fed brain is a happy and healthy brain.

There are lifestyle changes that can be made to aid healing.  Please note that I did not use the word "cure."  For more on how the "cure mentality" can hamper our efforts to heal--read
http://ccsviinms.blogspot.com/2014/06/the-cure-mentality.html

The era of a "brain in isolation" research is ending.  More and more researchers, like Dr. Bredesen, are considering the body as a whole unit, and addressing cardiovascular function in brain health.

Thanks to Dr. Bredesen and UCLA for going up against the pharmaceutical companies, and bringing hope and healing to his Alzheimer's patients.

Where are the MS specialists ready to take on this challenge?
We're waiting,
Joan 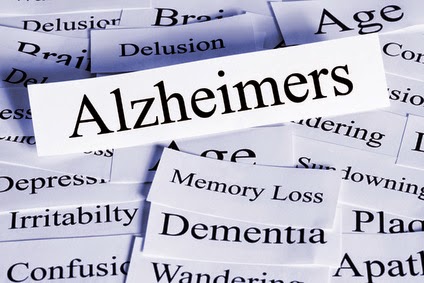