It was only five years ago, September 2009, that I attended the very first CCSVI conference in Bologna, Italy.  Dr. Dake and I were invited as guests of Dr. Zamboni---and I was able to sit in on all of the sessions.  I took copious notes, and posted them on the internet.  I re-post the opening event notes  today, as a reminder of what has transpired.  I went to this conference, excited to see the cooperation of neurologists and vascular specialists.  I believed the benefits my husband received from his treatment would excite and encourage medical professionals in all fields.  I was naive.

I believe we have been let down and abandoned by a neurological community, which is intent on maintaining research funding and ties to the pharmaceutical industry.  I do not say this lightly.  I say it with a heavy heart.
My bolding of the notes below illustrates my point.

The ISNVD will continue, and there are new members, mostly imaging and vascular specialists.  They are intent on understanding how restricted venous flow affects brain health.  They are not giving up on this investigation, despite the best efforts of others to thwart the reseach.  The Australian Alfred Hospital trial and Brave Dreams trials are still continuing.
And we are all older, wiser and most certainly not going away.
stay well,
Joan
++++++++++++++++++++++++++++++++++++++++

Dr. Paolo Zamboni welcomes the gathered doctors and guests to the CCSVI Cenaculum Studiorum.
His topic is CCSVI, How to Move Forward-
He states that there are professionals gathered here from the studies of the blood’s path on the blood brain barrier side to the nervous system and that we all must share opinions and have exchanges. We need to dialogue and to learn from each other.

The origin of Dr. Zamboni’s work in Multiple Sclerosis began when he was a vascular surgeon in Sardinia, Italy. Sardinia is noted for its high level of epidemiology in MS in the general population. During 1987-1992, he noted a high prevalence in children with malformations of the jugular veins. His paper on this topic, “So-Called Primary Venous Aneurysms” was published in 1990. He noted AV fistula and a closed ring stenosis that could not be crossed by their blood in these children, external compression and this vascular anomaly appeared to be congenital. 20 years later, 90% of these children he studied have been diagnosed with MS.

In 2002, Dr. Zamboni noted that positive urine hemosiderin- a disease marker used to assess the severity of chronic venous disease- was administered to MS patients while they were in the midst of relapse. All of the MS patients tested positive. After he published a paper on this, he received an e-mail from Dr. FA Schelling- which referred him to Dr. Torben Fog’s paper- “Topography of Plaques in MS” The note from Dr. Schelling stated that perhaps Dr. Zamboni would now find what he was looking for...that the lesions of MS spread counter current from normal venous flow, and that there was where he should begin to study.

Dr. Zamboni then began to dedicate his work to develop a system of diagnosis of venous flow in the brain. He has found 100% correspondence with CCSVI and MS. He believes an international training program in Echo-Color doppler needs to be developed. and that there needs to be cooperation of neurologists and vascular surgeons. He mentioned endothelial disrupters such as smoking, cpn, EBV, and intracellular iron deposition as all being means of exacerbating this mechanism of disease. He spoke of his collaboration with neurologist Dr. Fabrizio Salvi of Bologna and the Jacobs Neurological Dept of SUNY Buffalo as being an example of such a collaboration.

Dr. Robert Zivadinov, Assistant professor of Neurology at Jacobs Neurological Institute at SUNY, Buffalo and Buffalo Neuroimaging and Analysis spoke next as to the Aim of the Meeting. He stated that we need to synthesize the current concepts about evaluation, pathogenesis and clinical relevance of CCSVI in MS. Individual variability in MS makes identifying the causative process very difficult.
He stated that the Journal of Vascular Surgery will soon be publishing the open label EVT intervention results of Zamboni, and that the current study at Jacobs, which will be completed in October ‘09 with the original 8 patients from America- has confirmed Dr. Zamboni’s results 100%. Dr. Zivadinov said that Jacobs is now recruiting and training new centers to test, diagnose and treat CCSVI in America.
http://www.ejves.com/article/S1078-5884%2811%2900201-2/abstract

He stated that he believes the next ten years will see 20,000 papers on CCSVI in vitro, vivo and animal studies. He reiterated that we need cooperation of various practices to find the solution. We need both the neurological and vascular perspective. He will be presenting at ECTRIMS after the Bologna conference.

Dr. Claude Franceschi- Director of the Paris Hospital Vascular lab spoke next on the Hemodynamic Factors of CCSVI.
The venous system is responsible for draining tissue, and the central parameter of drainage, transmural pressure, is changed when venous drainage is impaired. If TMP is too high, tissue suffers, edema and inflammation and vein dilation results.

Extra pressure on the nervous system comes from cerebral spinal fluid. Hydrostatic pressure is posture related- changing when the patient is supine or standing. The residual pressure- in which arterial blood surges into the venous system- is reduced in micro circulation. There is an increase in DR (downstream resistance) which is blocked by an obstacle. Obstacles can cause collateral veins to open as vicarious shunts and CSF will be excessive, causing edema and plaques. Cerebrospinal tissue is more sensitive to this. He believes the answer to CCSVI may lie in postural therapy, or a direct change in pressure via the Liberation technique or stenting.

Dr. Fabrizio Salvi- Head neurologist at the University of Bologna spoke of his clinical observations as a neurologist working with the CCSVI paradigm for three years. He told us that in 500 MS patients he has tested now, 100% have CCSVI. He stated the doppler is a wonderful tool of diagnosis and their needs to be training in the technique. He has a hypothesis as to why there are different varieties of screening in high risk subjects- because prognosis is related to the type of malformation. He wants to answer the question if the Liberation procedure is a disease modifying treatment in MS. He will give proof tomorrow that there is plasticity and remyelination in the CNS and the Liberation procedure have proven to activate remyelination in the CNS as shown by MRI.
“Yes!!!” stated Dr. Salvi...”no one is lost!!”

Dr. Patricia Coyle of Stony Brook University asks a question-
“How do we diagnose CCSVI?”
The first answer comes from Dr. Zivadinov-
Doppler investigation is the beginning. If there is non-direction of flow in any body condition, or continual flow in the opposite direction- CCSVI is implicated. Transcranial doppler in the deep cerebral veins shows reflux. And then it is necessary to locate the stenosis. In MS, the jugular/Vertebral veins flow is consistently subverted. Dr. Zivadinov states that they had tested a 25 year old girl who had come into Jacobs as a control. A healthy girl, who presented with bilateral jugular occlusion. Months later, she had her first CIS attack of MS, and an MRI was done to show two lesions. She also has a familial history of MS. He reiterated that all of the doppler testing was blinded, yet it corraborated CCSVI in MS 100%.

Dr. Dake then stated that he had also tested a relative of a confirmed MS patient. A woman who had not been diagnosed with MS, but who presented at Stanford with jugular occlusion and a variety of neurological deficits, yet no MS diagnosis. She also showed lesion activity on an MRI, and he stented he occlusion the day before he flew to Bologna.

Dr. Zamboni makes the final statement to this question...he wants to articulate again that flow is more important than stenosis- especially as a preliminary diagnostic tool.
We are dismissed and all walk to a lovely formal dinner at the beautiful estate, Circolo della Caccia.

How research has been manipulated:
http://ccsviinms.blogspot.com/2013/03/bnac-research-tale-of-two-studies-march.html
and here is why:
http://www.nacional.hr/en/clanak/38074/a-scientist-in-the-us-has-to-also-be-a-businessman 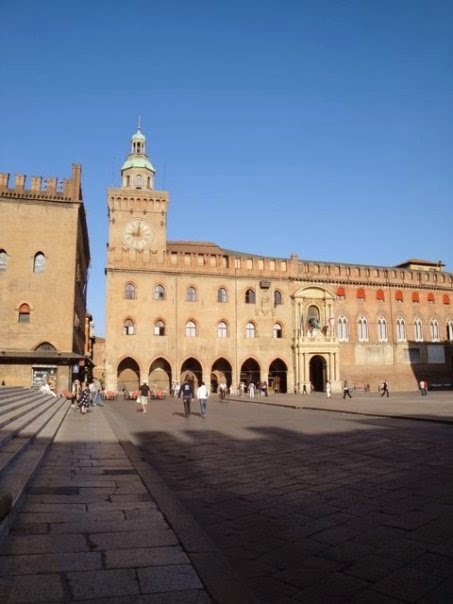