Every few months, there is a news story lauding the fact that researchers have finally verified that MS is autoimmune.  These stories have a similar theme.  MS is most certainly autoimmune, because the connections made between MS and genes are all found in the immune system.

But that's because it is the only place researchers are looking.  The major histocompatilbility complex (MHC) region remains the area under exploration, now 40 years since its initial discovery.

And they continue to get research grants from pharmaceutical companies to continue to look at the same location, because making this connection to the autoimmune theory advances drug sales.

In fact, the connection to heretability and genetics in MS is rather slim.  In identical twins, genetic risk is less than 1/3 if one twin has MS.

...there is a 2% to 4% elevated genetic risk in siblings of patients with MS and a 30% greater risk in identical twins.
http://www.medscape.com/viewarticle/833070

There was a recent story in the NY Times regarding research into a potential genetic link found in those who die due to Ebola infections.  Researchers Angela L. Rasmussen and Michael G. Katze of the University of Washington  found a problem with blood vessels, which were allowing immune cells open access and an overblown reaction to the virus. That's right.  Death from Ebola happens because of a break down of the endothelium, or the lining of blood vessels.  And there is a potential genetic link.
http://www.nytimes.com/2014/10/31/health/genes-influence-ebola-infections-in-mice-study-suggests.html?_r=1

About two-thirds of people who die from Ebola never develop the terrifying hemorrhages that appear in others a day or two before death, in which eyes turn fiery red, gums bleed, red dots emerge on the skin as blood seeps out of capillaries, and blood appears in vomit and diarrhea. Many mice, too, die of Ebola without hemorrhages.

The mouse studies indicate the animals that hemorrhage and — by implication, humans— die because their immune systems overreact to the virus. The result is an inflammatory response that makes cells leak fluids and white blood cells, and makes tissues and organs deteriorate. Many die at that point. In those mice — or humans — that survive long enough, the researchers propose, blood eventually starts to seep out of vessels.

In fact, researchers found a genetic link to two specific genes, which were allowing for the overblown inflammatory response.

The mouse studies showed that animals that died after bleeding had an overblown inflammatory response to the virus. They also had low activity of two genes, Tie1 and Tek, that made their blood vessels more permeable. The leaky vessels allowed white blood cells to stream out, escalating the inflammatory response and causing a chain reaction of damaging immune system chemicals that destroyed organs.


She said that “a big take-home lesson from the paper” is that genetics plays a major role in determining the outcome of a mouse’s Ebola infection. By inference, she said, genetics probably plays the same role in humans.

(for those who enjoy learning more, here is a paper on how Tie1 and Tie2 (TEK) are involved in vascular permeability.)
http://www.bloodjournal.org/content/93/6/1969?sso-checked=true

An overblown inflammatory response due to a breakdown of the lining of the blood vessels.  Sounds like something MS researchers might want to investigate, especially considering the recent research of Dr. Yulin Ge of NYU.

At the ISNVD conference in February 2014, Dr. Yulin Ge discussed how 7T MRI technology is allowing us to see tiny hemorrhages in the MS brain which occur before demyelination.  This further elucidates the microvascular connection to MS.From his abstract at the ISNVD:

Being the most common demyelinating disease of the central nervous system, multiple sclerosis (MS) MS has a significant microvascular pathological component as a consequence of the perivascular inflammation. The role of vascular pathology in MS was suggested long ago. Now there is accumulating evidence of a primary vascular pathogenesis in MS. In vivo studies of vascular and hemodynamic impairment in MS may provide insights into the etiology and pathophysiology of MS and offer the potential metrics for assessment of outcome of the disease.
http://ccsviinms.blogspot.com/2014/03/blood-matters.html

The definition of insanity is repeating the same act over and over and expecting different results.  Continually searching in the same place for a genetic link to MS is not bringing us any closer to understanding MS aetiology.  It's making money for research labs and drug companies, but it is not bringing health and healing to people with MS.

Thanks to the ISNVD, for looking beyond the autoimmune paradigm.
Joan 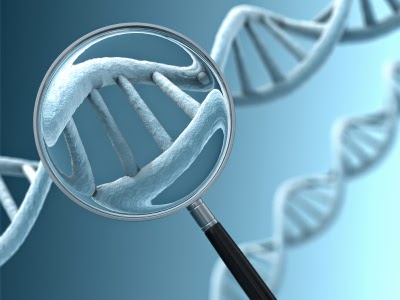