How to remyelinate your own brain. New research

New research from the Karolinska Institute shows us, once again, that human and mouse brains are not the same.  Past assumptions about remyelination have been incorrect.  Attempting to model remyelination in the human brain using a mouse model simply does not work.

But there are things humans can do to remyelinate their own brains---and it's all about using the brain, and plasticity.

Here's the new research, which is calling into question all MS specialists thought they knew about myelin.
http://www.cell.com/cell/abstract/S0092-8674(14)01298-7


The brain's plasticity and its adaptability to new situations do not function the way researchers previously thought, according to a new study published in the journal Cell. Earlier theories are based on laboratory animals, but now researchers at Karolinska Institutet in Sweden have studied the human brain. The results show that a type of support cell, the oligodendrocyte, which plays an important role in the cell-cell communication in the nervous system, is more sophisticated in humans than in rats and mice - a fact that may contribute to the superior plasticity of the human brain.

The learning process takes place partly by nerve cells creating new connections in the brain. Our nerve cells are therefore crucial for how we store new knowledge. But it is also important that nerve impulses travel at high speed and a special material called myelin plays a vital role. Myelin acts as an insulating layer around nerve fibres, the axons, and large quantities of myelin speed up the nerve impulses and improve function. When we learn something new, myelin production increases in the part of the brain where learning occurs. This interplay, where the brain's development is shaped by the demands that are imposed on it, is what we know today as the brain's plasticity.

Myelin is made by cells known as oligodendrocytes. In the last few years, there has been significant interest in oligodendrocytes and numerous studies have been conducted on mice and rats. These studies have shown that when the nerve cells of laboratory animals need more myelin, the oligodendrocytes are replaced. This is why researchers have assumed that the same also applies in humans. Researchers at Karolinska Institutet and their international collaborators have shown that this is not the case. In humans, oligodendrocyte generation is very low but despite this, myelin production can be modulated and increased if necessary. In other words, the human brain appears to have a preparedness for it, while in mice and rats, increased myelin production relies on the generation of new oligodendrocytes.

In the study in question, researchers have studied the brains of 55 deceased people in the age range from under 1 to 92 years. They were able to establish that at birth most oligodendrocytes are immature. They subsequently mature at a rapid rate until the age of five, when most reach maturity. After this, the turnover rate is very low. Only one in 300 oligodendrocytes are replaced per year, which means that we keep most of these cells our whole lives. This was apparent when the researchers carbon-dated the deceased people's cells. The levels of carbon-14 isotopes rose sharply in the atmosphere after the nuclear weapons tests during the Cold War, and they provided a date mark in the cells. By studying carbon-14 levels in the oligodendrocytes, researchers have been able to determine their age.

"We were surprised by this discovery. In humans, the existing oligodendrocytes modulate their myelin production, instead of replacing the cells as in mice. It is probably what enables us to adapt and learn faster. Production of myelin is vital in several neurological diseases such as MS. We now have new basic knowledge to build upon," says Jonas Frisén, PhD, Professor of Stem Cell Research at the Department of Cell and Molecular Biology at Karolinska Institutet.
http://www.eurekalert.org/pub_releases/2014-11/ki-nka110414.php

Human and mice brains do not remyelinate in the same way.

That's right.  By keeping the mind active, learning new skills and firing your neurons, you can potentially remyelinate your own brain.  The problem is, there is no way for pharma to monetize this--so, you probably won't be hearing about this research in the mainstream press.  Because there is nothing to sell you.  No prescription.

After a comment below on how plasticity can't possibly remyelinate the MS brain, because it's "too easy" a solution--I've decided to add recent research that shows how plasticity has been noted in MS recovery.


Increasingly sophisticated brain imaging techniques indicate that brain plasticity - the brain's ability to reorganize neural pathways based on new experiences - is the compensatory mechanism largely responsible for the clinical remissions that are typical of early stages of relapsing remitting MS. The adult brain is capable of both functional and structural plasticity - processes that are operational in normal brain development such as learning and memory5.
Interestingly, functional and structural changes can also take place in the brain after injury or damage, and brain plasticity is seen to act as an adaptive mechanism to compensate for a loss of function6. Following tissue damage, the structure and function of undamaged parts of the brain can be remodeled and shaped by the sensorimotor experiences of the individual in the weeks to months following injury7, 8.
http://www.mstrust.org.uk/professionals/information/wayahead/articles/12042008_05.jsp

Here's more on neuroplasticity from Dr. Norman Doidge on his research and book, "The Brain that Changes Itself."  Learning changes the connection between the neurons in our brain cells.  Activity changes and heals the brain.
https://www.youtube.com/watch?v=t3TQopnNXBU

Want to remyelinate your brain?  Learn a new language.  Take up a new, challenging hobby.  Paint a picture.  Do a crossword puzzle.  Read books about new topics.  Learn a musical instrument (which is especially helpful for the corpus callosum)   Move as much as you are able, and if you can,  combine a cardiovascular pursuit with learning--like taking a ballroom dancing class, learning a new sport, practicing yoga.  It's all possible.

Don't wait for your neurologist to tell you.
Do this for yourself, your brain.
And please let me know what new skill you're mastering--- 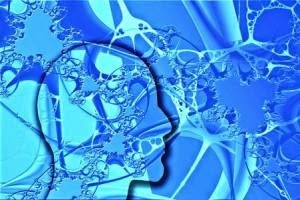