The negative Canadian CCSVI diagnostic study, lead by University of British Columbia neurologist Dr. Anthony Traboulsee and published in The Lancet,  did not utilize the original scientific protocol of Dr. Paolo Zamboni.
http://www.thelancet.com/journals/lancet/article/PIIS0140-6736(13)61747-X/abstract

This new study displayed even further arrogance and audacity, by deviating from all other published venous and arterial studies, utilizing a false criteria to assess jugular vein stenosis.

Stenosis is routinely measured by comparing the narrowed segment to the adjacent normal section of vein or artery and expressing this as a percentage.  This is the accepted way to measure stenosis.  All international vascular researchers use this method.  It is published in vascular textbooks, which is where I found this diagram.  This is how Dr. Zamboni quantified stenotic jugular veins in CCSVI. 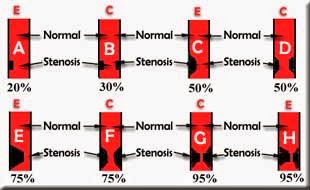 But the Canadian neurology study did not do this.  Instead, UBC researchers created a brand new measurement to quantify stenosis using the full length of the jugular vein.  This method has never before been utilized in published vascular studies. And when Dr. Zamboni pointed this problem out, the Lancet refused to publish his response.

The very first step in the scientific method is replication of results.   When a scientist comes forward with a new discovery, other scientists are asked to look at the evidence.  In order to do this, the original scientific protocol must be followed.

This means that scientists collaborate with each other.  They enter a dialogue with the discoverer of new information. They talk to each other, discuss diagnostic and treatment protocols.  They are open, they do not have agendas.  This step in the scientific method is recognized the world over.  It is part of the critical process used to further evidence-based research.

When this doesn't happen, the scientific method does not work.  Fraud and deception are the result.  This is called scientific misconduct.

"Deviations from the planned protocol can affect the validity or relevance of a study.
The most important component of critical appraisal is careful assessment of the study design; however, other steps, such as evaluation of the statistical methods used, interpretation of the findings and potential conflicts of interest are also essential."
http://www.nature.com/nrgastro/journal/v6/n2/full/ncpgasthep1331.html


Not only did the Traboulsee et al CCSVI study not utilize the original protocol by Dr. Zamboni, the investigators refused to speak with the protocol designer.  They would not respond to his requests for input, and they did not respond to his comments on the erroneous study.  They went ahead with a poorly designed study, and published their results as the "final word" in CCSVI.  This is an egregious betrayal of the scientific method.

The medical journal, The Lancet, refused to publish the response of the original protocol designer. However,  Dr. Zamboni's response is now linked on pub med in the comments section.
http://www.ncbi.nlm.nih.gov/pubmed/24119384#cm24119384_8458

Here is the truth.  Dr. Zamboni responds to the errors of the Traboulsee et al study, "Prevelance of Extracranial Venous Narrowing" which is now published in a venous journal.  My comments will be in parentheses.
http://www.pagepressjournals.org/index.php/vl/article/view/vl.2014.4195

These Authors confirmed the presence of chronic cerebrospinal venous insufficiency with a high prevalence of about 70% in the Canadian population, but without significant differences between patients and healthy controls, yet.

However, they used a criterion never published to assess stenosis, in alternative to the classic measurement of the diameter in the segment immediately preceding the narrowest point.

Traboulsee et al. measure the stenosis along the entire length of the internal jugular vein, by comparing the maximum diameter with the narrowest point. It has been demonstrated, from normal anatomy findings, how the jugular bulb diameter normally exceeds 50% of the minimum diameter of the internal jugular vein, clearly showing the reason why Traboulsee et al. did not find significant differences between people with multiple sclerosis, their sibilings, and unrelated healthy controls.

(In other words, using this new, not gold standard method, Traboulsee and team make it seem like most people have CCSVI.  If you compare the maximum diameter of the vein at the jugular bulb to the minimum location and call that result a "stenosis"-- well, heck!  Everyone has CCSVI!  But that's not science.  That's fraud.  It is scientific misconduct. Stenosis is classically measured in both veins and arteries by comparing the closed off area to the normal, open part right next to it.)

Furthermore, as the outcome measure of Traboulsee et al., wall stenosis is a neglected part of primary venous obstruction, because in the majority of cases obstruction is the consequence of intraluminal obstacles, as a considerable part of truncular venous malformations, and/or compression; rarely of external hypoplasia.

(Dr. Zamboni has been saying this since 2009.  You need to look at obstacles inside the vein, as well as compression from the outside.  This study considered none of this.)

Finally, several recently published methods can be adopted for objective assessment of restricted jugular flow in course of chronic cerebrospinal venous insufficiency, by the means of non invasive magnetic resonance imaging, ultrasound and plethysmography. This may help us in improving the assessment of cerebral venous return in the near future.

(Why didn't the researchers work with Dr. Zamboni, a venous specialist?  NASA is using his technology, yet Traboulsee would not give him the courtesy of a phone call?  An e-mail?  Perhaps the honor of publishing his response?)


It is a dark time for science.  While neurological journals and researchers rule the MS dialogue, the science of the endothelium, venous function and cerebral blood flow are relegated to "death knells", "closed caskets" and "final words" in neurological publications.  Researchers refuse to speak to specialists in other fields.  Comments from the scientist who discovered CCSVI are not published.  False diagnostic criteria are created.  The death knell rings, not for CCSVI, but for the public's' trust.

Here are three new studies---published just this past month, two from Canada, ALL finding a connection to the vasculature and multiple sclerosis. This comes from cellular biologists, who are looking for real answers into disease etiology. And their research is being sponsored by universities and governmental agencies, not pharmaceutical companies.

Hoping for brighter days in the coming new year,
Joan 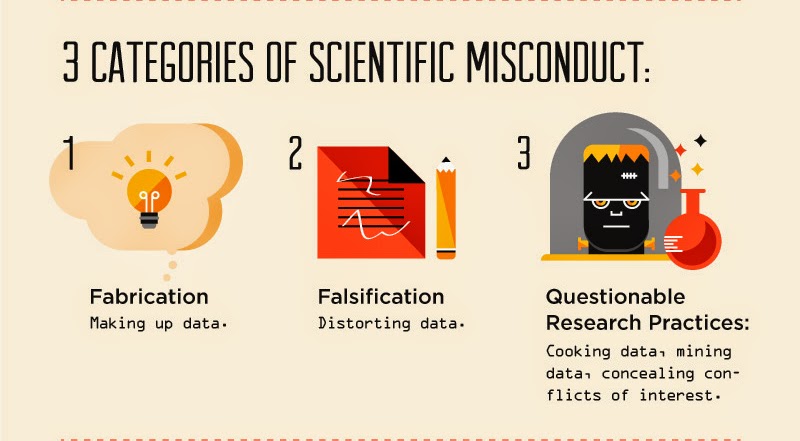