New research from the University of San Diego is looking at something all diseases of neurodegeneration share, a breakdown of the endothelial lining of the blood brain barrier.  This includes stroke, ALS, MS, and traumatic brain injury.  In each of these diseases, the endothelium is not working properly.

To protect the brain from harm, endothelial cells lining the blood vessels around the brain form a barrier that lets only very specific molecules move from the blood to the brain. In people with certain diseases or brain injuries, the barrier doesn't work properly and can allow dangerous molecules or pathogens into the brain.
Using an animal model, researchers are in the process of identifying the genes behind this disruption of the endothelial cells, and they are finding a common pathway.
"Even though the diseases we looked at all have different triggers, we see very similar genes changing in all the different diseases within the brain endothelial cells," said Daneman. "The fact that we found a common pathway means we could potentially find a single therapeutic target that could stop these different neurological diseases from occurring or progressing."

Vessels of the BBB are composed of specialized endothelial cells that lack fenestration (pores that allow rapid exchange of molecules between vessels and tissue), have few pinocytic vesicles to minimize uptake of extracellular substances, and have extensive tight junctions that severely restrict cell permeability.
http://www.rndsystems.com/molecule_group.aspx?g=3280&r=5

When I first posited that Multiple Sclerosis was a disease of endothelial dysfunction, similar to the situation seen in cardiovascular disease, I contacted a premiere endothelial cell scientist at Stanford University and sent him my summary of the research, current to 2007.   His comment to me was that not many neurologists were interested in looking at the disease from the vascular angle, as they were already convinced MS was a purely autoimmune disease.

Much has changed in seven years.  The research continues to come in.

Cardiovascular research also says that endothelial cell dysfunction is systemic.
There is a new specialty of researchers looking at this---called neurocardiologists, who are finding connections between heart disease and cerebrovascular disease.

While the understanding of the blood brain barrier endothelial cells continues, changing the things we can change in our own lives, today, to reverse endothelial cell dysfunction, can make a difference.
http://ccsvi.org/index.php/helping-myself/endothelial-health

The heart and brain are connected, and endothelial cells matter-- 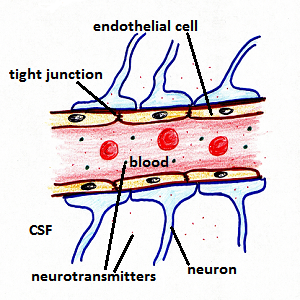