Jeff and I are spending the week at our alma mater, the Eastman School of Music, where we've been in residence and working with the wonderful students. On Sunday, Jeff is conducting a concert of his film music.


While we're here, I wanted to visit the world-renowned laboratory of Dr. Maiken Nedergaard at the University of Rochester.  Suzanne Stover, Director of Development at Eastman, contacted her for me.  Dr. Nedergaard graciously invited us over for lunch, a tour and round table discussion on her research.

Many of you may have read the Nedergaard Lab's ground breaking publications on the "glymphatic system" and the waste clearing work which is accomplished while we sleep.  The glial cells are the most abundant cells in the human brain, and they include oligodendrocytes and astrocytes. They surround neurons, yet do not carry any electrical impulses.  Glial cells had been considered supporting players in brain health, but thanks to Dr. Nedergaard's research, we now know how important these cells are in removing waste from the brain.

Dr. Nedergaard's lab continues to receive much attention for the discovery of the cleansing process of the brain, and the importance of these overlooked glial cells.

This 'peri-vascular' route for CSF-ISF exchange constitutes a complete anatomical pathway, which we dubbed the glymphatic system due to its dependence on glial cells performing a 'lymphatic' cleansing of the brain interstitial fluid. Further characterization of the involvement of the glymphatic system in a number of neurological diseases and neurodegenerative disorders is underway.

And in 2013,  research on "Sleep Drives Metabolic Clearance from the Adult Brain" was published in Science.  http://www.sciencemag.org/content/342/6156/373

A good night’s rest may literally clear the mind. Using mice, researchers showed for the first time that the space between brain cells may increase during sleep, allowing the brain to flush out toxins that build up during waking hours. These results suggest a new role for sleep in health and disease. The study was funded by the National Institute of Neurological Disorders and Stroke (NINDS), part of the NIH.“Sleep changes the cellular structure of the brain. It appears to be a completely different state,” said Maiken Nedergaard, M.D., D.M.Sc., co-director of the Center for Translational Neuromedicine at the University of Rochester Medical Center in New York, and a leader of the study.Their results, published in Science, show that during sleep a plumbing system called the glymphatic system may open, letting fluid flow rapidly through the brain. Dr. Nedergaard’s lab recently discovered the glymphatic system helps control the flow of cerebrospinal fluid (CSF), a clear liquid surrounding the brain and spinal cord. http://www.nih.gov/news/health/oct2013/ninds-17.htm

This paper was awarded the 2014 American Association for the Advancement of Science (AAAS) Newcomb Cleveland Prize.  This discovery is changing the way researchers are thinking about clearance of the brain's waste products and how sleep, or a lack of sleep, may be compounding issues in neurological disease.
http://www.aaas.org/news/paper-sleeps-restorative-effects-wins-2014-aaas-newcomb-cleveland-prize

We were able to tour her vast and well-funded research facilities and speak to students and staff researchers there, who are working on a myriad of murine models and brain imaging experiments.  Dr. Nedergaard and two of her research team put together a wonderful powerpoint presentation of their new work for me and I had the opportunity to speak with them about how their discoveries might impact Multiple Sclerosis research.

The glymphatic system relies on timely transport of waste products alongside the venous system, and the lesions we see specific to MS happen to run along this very same clearance system to exit,  or the "paravenous" spaces.   There appears to be a connection between the demyelinating patterns of MS and the glymphatic system.  And any slow down in venous flow when the body is supine, as we see in CCSVI, would certainly be impacting the body's ability to cleanse the brain during sleep, as these metabolites and toxins are eventually swept out into the venous blood.

This research is essential in understanding MS disease etiology!  I was so excited to hear Dr. Nedergaard present her proposal to continue this research into MS and the glymphatic system.  She was quite energized to see the connections, and is making a proposal for more research specific to MS, and thanked me for bringing in the vascular research of MS to her attention.  I hope to aid her lab in securing funding for this very important work, and will be asking for funding ideas and assistance once her research proposal has been formalized.  Establishing the basic science and foundation necessary to understand how brain diseases develop will only aid progress.  And of course, I introduced her to the International Society of Neurovascular Disease!  www.isnvd.org

Dr. Nedegarrd's husband, Dr. Steven Goldman,  has his own research lab down the hall at the University of Rochester, where he has been looking at neural regeneration in the human brain; focusing on neural stem cells and proginator cells.   His research brilliantly intersects with his wife's;  as he is honing in on how the glial cells, these worker cells in our glymphatic system, might be a viable stem cell treatment for demylinating diseases like MS.

The diseases of myelin are among the most prevalent and disabling conditions in neurology. These diseases include both the vascular and inflammatory demyelinating disorders of adulthood, as well as the childhood leukodystrophies and cerebral palsy. These fundamentally glial disorders may be amenable to treatment by glial progenitor cells (GPCs), which give rise to astroglia and myelin-producing oligodendrocytes. Given the development of new methods for generating and isolating human GPCs, the myelin disorders may now be compelling targets for cell-based therapy. In addition, the efficient engraftment and expansion of human GPCs in murine hosts has led to the development of human glial chimeric mouse brains, which provides new opportunities for studying the species-specific roles of human glia in cognition, as well as in disease pathogenesis.

As Dr. Nedergaard said to me, before stem cell applications will be truly viable for MS, we need to calm down the inflammation in the brain. Implanted glial progenitor cells will not thrive in an inflamed brain with a faulty glymphatic system, or a hypoperfused brain with low oxygenation.

For instance, the chronically ischemic brain tissue of diabetics with small vessel disease may require aggressive treatment of the underlying vascular insufficiency before any cell-replacement strategy may be considered. Similarly, the inflammatory disease environments of MS and many of the leukodystrophies present their own challenges, which need to be overcome before cell-based remyelination can succeed .
http://www.ncbi.nlm.nih.gov/pmc/articles/PMC3548656/


However, a brain which has a working glymphatic system, a working venous system, and a calming of inflammation might be able to be remyelinated with stem cells. This may well be the future of treatment for multiple sclerosis, and I was honored and thrilled to speak to Dr. Nedergaard about these possibilities.

I am so thankful to Dr. Nedergaard, for what she has already accomplished, and what her research will accomplish in the future. The best and brightest scientists I have had the honor of meeting have a similar openess and curiosity. They are gracious enough to speak to simple laypeople, and they also listen. If I were a young scientist, I would look into joining her team. This is from the Nedergaard Lab website:

If you have an inquisitive mind, and if you are passionate about science, than we have a place for you in the Nedergaard Lab. We are constantly looking for talented and motivated scientists to join our team. We have opportunities for any level of education – enthusiasm and curiosity are the only pre-requisites.
https://www.urmc.rochester.edu/labs/nedergaard-lab/
Enthusiasm and curiosity.  Open-mindedness--which is not adherence to a credo based on dogma-- but a willingness to investigate new ideas, no matter their source.  This is what a scientist is and does.  This is how we learn and advance.
Thanks, Dr. Nedergaard!!
Joan 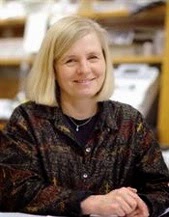