HSCT-- Facts behind the Headlines

Whenever there is a news story on autologous hematopoietic stem cell transplants (HSCT), I hear about it.  Perhaps this also happens to you, MS patients and caregivers?  Well-meaning friends, family, and acquaintances forward you links to glowing miracle cure stories.  And I reply with sincere thanks--and also inform them that Jeff's doing really well, with no MS disability, inflammation, new lesions or disease progression, now 9 years past his diagnosis with MS.  So, HSCT is really not for him.  Believe me--I know how fortunate we are to be able to report that!

Here's the latest miracle cure HSCT story out of Sheffield Teaching Hospital in the UK, which was picked up on British television and the press.  It's received a lot of coverage after the BBC aired a report:
http://www.bbc.com/news/health-35065905


For those who have had MS awhile now, these repeated stories on HSCT are heartening, but at the same time discouraging.  Because HSCT is certainly not for everyone, and many can't even consider this treatment.  It is good to know that some people are getting relief from MS and recovering their abilities.  It's also very important to understand that these stories are anecdotal.  They are heart warming, for sure, I'm not trying to be a downer.  But there is a dark side to this "cure narrative" I'd like to explore:  the premise that a "faulty immune system" in MS which needs to be ablated and completely removed is keeping us from understanding true disease progression.

The general public, press, and politicians get a false sense of progress when they read these news stories.  They think, "well, at least we've got multiple sclerosis cured"....when nothing could be farther from the truth.  And new and recently diagnosed MS patients, who have yet to have gone through a decade of these kinds of stories, may mistakenly believe this is a cure.

HSCT was developed for pediatric cancer, and has been a blessing for the children and their families who have seem mortality rates decrease and life expectancy increase.  In this instance, carpet bombing the body and killing off cancer cells and then rebuilding the immune system with harvested and purified stem cells has saved lives. http://emedicine.medscape.com/article/989518-overview

In MS, HSCT use was first promoted by Dr. Richard Burt in the 1990s and has been used to treat thousands with MS.  However, there have been no randomized, double-blind placebo controlled trials, so even after all this time, results are still not considered "gold standard."  In fact, some of the results may be placebo.  The stronger or more invasive the proposed treatment, the more powerful the placebo effect.   https://www.psychologytoday.com/blog/sideways-view/201502/the-placebo-effect

Here are the facts:

1.  HSCT is only appropriate for those with highly inflammatory relapsing remitting MS, who have not responded to other drug therapies, and who have new lesions and relapses within the past year.  Trial participants cannot have had MS for longer than 10 years and cannot be too disabled.  This is a very small and specific group of people with MS.
A systematic literature search identified a higher efficacy of aHSCT in younger, less disabled MS patients with inflammatory activity, similar to the findings from Hamburg.
http://www.ncbi.nlm.nih.gov/pubmed/25956824

2.  HSCT uses chemotherapy to wipe out the existing immune system.  Many researchers urge caution regarding this approach, because chemotherapy--on its own-- is known to have many deadly side effects, causing up to 5% mortality in some trials.  Chemotherapy also causes demyelination and brain atrophy.  I've written extensively on the long term neurological effects of chemotherapy here:  http://ccsviinms.blogspot.com/2014/03/chemotherapy-causes-brain-atrophy.html

3.  Long-term success rates show that MS disability is not halted.  HSCT is not a cure.  It may be a very helpful treatment for some with highly inflammatory MS, however the disease continues to progress in most patients.  And autoreactive T cells to myelin targets return.

Demyelinating and inflammatory activities of MS persisted after allo-HSCT in all of the patients with MS. Active and chronic active MS lesions exhibited significantly higher numbers of CD3+ T cells and CD8+ cytotoxic T cells and significantly higher scores of CD68+ microglia/macrophages than did chronic inactive lesions or normal-appearing white matter.http://www.ncbi.nlm.nih.gov/pubmed/20558390

Re-emergence as well as in vivo expansion of autoreactive T cells to multiple myelin targets was evident in all patients studied. The reconstituted myelin-specific T cells exhibited the same Th1 and Th2 responses as preablation myelin-reactive T cells. In contrast, the post-therapy T-cell repertoire exhibited a significantly diminished capacity for Th17 responses.http://www.ncbi.nlm.nih.gov/pubmed/23463494

And now, the big question.  Why do autoreactive T cells return even after they've been blasted to kingdom come and replaced with a new immune system?  Why does MS continue to progress?
Could it be that the underlying cause of the activation of these t cells is not a faulty immune system---but rather a continuing process of neurodegeneration?

The kind of neurodegenerative process we see happening in the gray matter structures of the MS brain?  The type of neurodegeneration that shows continued atrophy of the thalamus in all people with MS---from CIS to PPMS?  http://ccsviinms.blogspot.com/2016/01/thalamic-atrophy-and-ms-progression.html

A major pathological complication of auto-HSCT may be the effects reported on brain volume.  Rapid loss of brain volume has been measured a few months after treatment [50]. Auto-HSCT has seemingly detrimental effects on the integrity of the brain tissue that leads to rapid loss of about 1.92 % of brain volume.  http://www.ncbi.nlm.nih.gov/pmc/articles/PMC4715306/

There is a huge difference between finding MS treatments which give patients relief from their symptoms and reduction in disability for a year or two-----and understanding the underlying disease mechanism which allows for continued MS progression.  Temporarily tamping down inflammation is not the same as halting MS disease progression.

Keep getting the correct info out there.  Push for researchers and policy makers to examine the underlying cause of MS disease progression.
That's the only way forward, 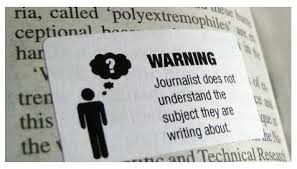 This is about the use of bone marrow stem cells to to replace the immune system and is the most extreme form of "induction therapy" aimed at rebooting the immune system. This study has been reported by us and it is clear that the majority of people are not leaping out of their wheel chairs. This is just the type of poor reporting that the media specialise in ...media hype
http://multiple-sclerosis-research.blogspot.com/2015/03/miracle-stem-cells.html