In 2010, Dr. Alasdair Coles, an academic neurologist at Cambridge University, said to the press:

'We know MS is an auto-immune disease because if you block the immune response with drugs, people get better.'
This now infamous quote from Dr. Coles came when he was asked to comment on Jeff's treatment for CCSVI, as reported in the UK's Daily Mail.

In my mind, linking the cause of MS to how the drugs work (for some) is akin to saying,
"We know the earth is flat because we don't fall off!"
The relationship between the brain and immune system is much more complex than ever imagined.

Labeling MS a classic autoimmune disease is a serious misnomer--since we see the same immune cell reaction to myelin after hypoxic injury and stroke.

Demyelination and axonal injury are characteristics of MS but are also observed in stroke. Conversely, hallmarks of stroke, such as vascular impairment and neurodegeneration, are found in MS. However, the most conspicuous common feature is the marked neuroinflammatory response, marked by glia cell activation and immune cell influx
http://www.ncbi.nlm.nih.gov/pubmed/26527183
http://www.ncbi.nlm.nih.gov/pmc/articles/PMC4162361/

And, thanks to new research, we now know that immune cells are vital to a functioning brain.

At the time of his quote, Dr. Coles was bringing his life's work to market--the chemotherapy drug Alemtuzumab, repackaged for MS as Lemtrada.  Cole's overarching premise in his research is that the immune cells in multiple sclerosis are completely damaging to the brain, and need to be entirely removed.

And his theory then that "people get better" when the immune system is ablated is actually not true.  Yes, inflammation is tamped down in those with RRMS.  But, just like swatting a pesky fly with a sledgehammer, there is a lot of residual damage.   Immune ablation with chemotherapy has a host of horrific side effects, including fatal cancers, fatal viral and bacterial infections, worse autoimmune reactions in other parts of the body including kidney failure, lung tissue swelling, and hypothyroidism.  Not necessarily "all better!"  Which is why this medication has a black box warning,
http://www.fda.gov/downloads/Drugs/DrugSafety/UCM426512.pdf

Meanwhile, Dr. Coles is busy trying to create an antidote to stop the new autoimmune diseases his drug has caused.  That's right...Lemtrada actually causes autoimmune disease!
The principal adverse effect of alemtuzumab (Lemtrada) is autoimmunity, which arises when reconstitution of the immune repertoire after alemtuzumab occurs by homeostatic expansion of residual lymphocytes. Therefore we are now testing the ability of keratinocyte growth factor to promote thymic lymphopoiesis and so prevent autoimmunity after alemtuzumab, in a MRC-funded clinical trial.
http://www.neuroscience.cam.ac.uk/directory/profile.php?Alcool

Even worse,  the MS disease process does not stop with Dr. Cole's Lemtrada.  Cerebral atrophy and disability continue, even without any new lesions.

Unfortunately, this did not lead to a clinical improvement in the disability in these patients. In fact, their disability worsened with time at a rate of 0.02 EDSS points for each patient each year. Evidence for continued neurodegeneration in these patients was shown by progressive cerebral atrophy on follow-up MRI scanning.
http://europepmc.org/articles/PMC3629751


In the past decade, a narrative developed in the MS drug industry by MS researchers like Dr. Coles:  the idea that the immune system is at fault, and needs to be halted.   This has led to the creation of a class of drugs which create "lymphocyte sequestration" and "lymphocyte depletion"---meaning they keep the white blood cells walled off in the lymph tissue or deplete them, keeping them out of the body's circulation.  Instead of allowing immune cells protective entry into the body and around the brain, they are held back.  This new class of more powerful disease modifying drugs include Tysabri, Gilenya and Tecfidera.

Not surprisingly, there is a price to pay when you hold back immune cells, deplete them, and don't let them do their job.  And one of those side effects is the reactivation of latent viruses and bacterial infections, including the John Cunningham virus (JCV).  This virus causes the deadly brain infection, progressive multifocal leukoencephalopathy (PML).

Neurologists have comforted their patients regarding their PML risk and Tysabri use, telling them that if they were tested as JC virus negative, they would remain that way and not to worry.   But this was simply not true.

The JC virus is very common in the general population, infecting almost 90% of us in childhood.  It stays under control and latent because our immune system keeps it in check.  This means we have a JC negative status.  The virus is able to cross the blood brain barrier where it attacks myelin and destroys brain tissue.

New research shows that the risk of JCV reactivation due to Tysabri use is ten times higher than previously estimated.  That not 1%, but 10% of all patients on Tysabri were seen to go from JCV negative status to JCV positive status while taking Tysabri.  The drug is apparently what turns people from JC virus negative to positive.  This makes sense, if you understand that what Tysabri is doing is holding back immune cells, and rendering them unable to stop a virus from reactivating.
http://nn.neurology.org/content/3/1/e195.full

It also makes sense as to why Tecfidera and Gilenya have now been linked to PML...and I fear it's only a matter of time until real world reporting comes in showing JCV reactivation on these drugs.
+++++++++++++

Dr. Michal Schwartz has been publishing on the importance of immune cells for brain health for decades.  Both she and Dr. Nedergaard are two of my research heros.  They are brilliant, determined women who have challenged the neurological status quo and are actively publishing their findings.

Dr. Schwartz explains her decades long search in understanding the importance of the immune system for the brain in her new book,  Neuroimmunity: A New Science That Will Revolutionize How We Keep Our Bodies Healthy and Young.
http://www.weizmann-usa.org/media/2015/09/22/prof.-michal-schwartz-will-change-your-mind

This book is simply wonderful!  It is written clearly and simply, so that lay people might understand her research.  But it is also in-depth enough to appeal to researchers.  All of her publications are cited.


Scientists long believed that there was no communication between the brain and the immune system; in fact, it was thought that any infiltration of immune cells into the brain was a major threat to our health. Based on this assumption, the standard treatment for inflammation associated with neurodegenerative diseases, such as Alzheimer’s, was to totally suppress the body’s immune system.

Please, if you have MS--- until we understand more about the immune system and brain health, make sure to discuss this new research with your neurologist, especially if they are putting pressure on you to try these new immune ablating and lymphocyte depleting drugs for MS.  New research is coming in every single day, showing that this method might not be the best approach for long-term brain health.

Be well, be curious.
The earth is not flat.
Joan 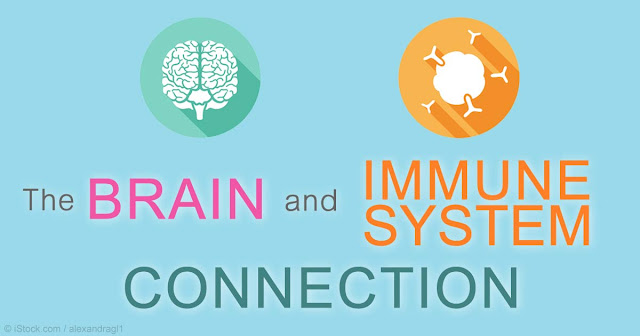