If all you read are neurological journals, you would assume CCSVI research is over and done. But CCSVI venoplasty studies are continually being published in peer-reviewed vascular journals---and the results are encouraging.


Here is a recent study from a university cardiovascular disease center, published this month in the Journal of Cardiovascular Interventions--looking at quality of life (QOL) one year after treatment to relieve venous stenosis.

Does an Endovascular Procedure Improve the Quality of Life in Patients with Multiple Sclerosis
http://interventions.onlinejacc.org/article.aspx?articleid=2492262

There were 94 MS patients tested for CCSVI (22 RRMS, 44SPMS and 26PPMS). 2 patients did not present with any vascular abnormality (that's 2%) and were not treated. Most patients had left IJV stenosis. The more disabled patients were, the more areas of venous abnormalities which needed treatment. The remaining 92 patients were all treated with balloon venoplasty.

By treating the venous abnormalities, cerebral venous drainage was increased.

There was a reduction in bladder disfunction, reduction in fatigue, improvement in disability and QOL for all of the treated patients, and these 4 parameters were maintained a year after treatment.There are other papers showing similar positive results after treatment. You will note that most are published in vascular journals, because this is a vascular treatment for a vascular problem.

Here are the some of the most recent ones on successful treatment for CCSVI:

Why don't we hear about these published CCSVI studies? Primarily because MS immune modulating drugs are a $20 billion dollar a year business.  Yes, that's $20 BILLION dollars....with a B.   And this kind of money has created a disastrous turf war.
The value of the multiple sclerosis therapeutics market will rise slowly from $17.2 billion in 2014 to approximately $20 billion by 2024, at a Compound Annual Growth Rate (CAGR) of 1.5%, according to research and consulting firm GlobalData.
http://www.fiercepharma.com/press-releases/multiple-sclerosis-treatment-market-value-reach-20-billion-2024-says-global-0


We have known about this dilemma in medical research for decades. Vascular departments at universities simply do not receive the grant and pharma funding which is readily available to neuroimmulogical departments for drug development.  This has lead to an imbalance of power, and a betrayal of multiple sclerosis patients.


Read "Social constructionism and medical sociology: a study of the vascular theory of multiple sclerosis" a paper specifically addressing this divide, which was published in 1988.


"A recent debate surrounding the pathogenesis of multiple sclerosis is analysed in terms of the skills, interests and backgrounds of the medical personnel involved. It is noted that the proponents of the vascular theory possess developed expertises in interpreting disease in structural, vascular terms, whereas their opponents' skills lie in immunology or neurology. Different observers have produced different conceptions of the disease because modes of observation, and the points from which observation takes place, differ. It is also noted that the debate over the causation and treatment of MS has occurred between a large and powerful social group (neurology) and a weak and marginal one (vascular specialists). The effects of this power inequality on the production an assessment of knowledge about MS are investigated. "


The paper goes on to discuss the very real turf war between vascular researchers and neuroimmunologists:

"Support for the idea of early vascular involvement in the aetiology of MS has also come from researchers working with the tomographic scanner. One of the standard techniques used in sectional radiography is a process whereby a radio-opaque dye is injected into the bloodstream, thus enabling any leakage through the walls of the blood-vessels to be readily observed. In other words tomographers possess well-developed skills in the study of lesion events within the vascular system. When these skills have been applied to the investigation of MS they have revealed fresh vascular features. "

"The dominant anatomic feature of multiple sclerosis is the relation of plaques to the venous component of the vascular system. The plaques, at least in the early stages, are almost always perivenular, extending as slender sleeves of demyelination. "

"Furthermore, the clinicians who treat MS patients have always been neurologists - who tend routinely to conceive of MS as being essentially, as well as symptomatically, a neurological disorder.

Also the therapeutic implications of the auto-immune theory are generally pharmacological - involving modes of treatment with which most neurologists are already very familiar and in which they possess developed skills. A new drug treatment for MS, even the trial of a new drug, could be accommodated into existing clinical routines with little difficulty."

It is now almost 30 years since this paper was written. And very little has changed in mainstream MS treatments.
Not since Dr. Zamboni's discovery of CCSVI, Dr. Michal Schwartz's discovery of the brain's protective immune system, Dr. Jonathan Kipnis' discovery of the brain's lymphatic vessels which rely on veins, The Gladstone Institute's revelation that a singular drop of blood in brain tissue creates MS lesions, or Dr. Yulin Ge's visualization of microbleeds in the MS brain with 7T MRI.


The vascular connection to MS is still being swept under a very large $20 billion dollar rug.
MS has a quantifiable vascular component. However, I'm not planning on blogging about this for 20 more years.  Jeff's doing well, now nine years past an MS diagnosis with no disease progression. He has returned to his performing and conducting, as well as increasing his compositional output. We've been traveling the world, and enjoying his renewed health and vigor. His brain is healthier than it was when he was diagnosed with MS in 2007 and treated for CCSVI in 2009---with a reversal of gray matter atrophy and remyelination of his cervical lesion documented on MRI.

He is very fortunate, and he is not alone.

Let's hope that all of us, working together, can change MS research and treatment.

Coming up---information on an opportunity to donate to CCSVI Alliance's matching donation drive, and double your dollars to fund neurovascular research. 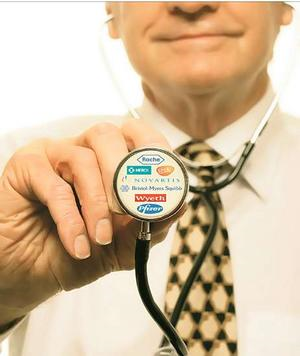