Anne Kingston, reporter and senior writer at Maclean's Magazine, has just published a fantastic interview with pioneering neuroimmunologist Michal Schwartz.   I've recommended Dr. Schwartz's new book, Neuroimmunity: A New Science That Will Revolutionize How We Keep our Brains Healthy and Young, on this blog.  I'm thrilled that Anne not only read the book,  but got in touch with Dr. Schwartz and interviewed her, to learn even more.
http://www.macleans.ca/society/health/a-healthy-immune-system-is-the-key-to-a-healthy-mind/

Anne Kingston: Your research indicates the immune system needs to be boosted, not suppressed. Doesn’t that run contrary to the immunosuppressant therapies routinely prescribed for many autoimmune diseases?

Dr. Schwartz: I’ve told everyone for a while to be careful when prescribing any anti-inflammatory drug for any neurodegenerative disease. They understand, but don’t have an alternative.

In other words, since there's nothing better, neurologists haven't changed their treatment target.  They understand that immune suppressing drugs (also known as anti-inflammatory) are keeping helpful immune cells away from the brain, but they don't have anything else they can prescribe which is FDA approved.  Here's more on the FDA pay to play system, which is maintaining the current $20 billion a year MS treatment industry.
http://ccsviinms.blogspot.com/2013/10/the-fda-and-multiple-sclerosis.html

The last several years of research have directly questioned the current MS treatments.   Recent discoveries of the brain's lymphatic vessels and connection to the immune system and the neuroprotective role of immune cells.  The fact that the brain is not immune privileged and needs immune cells to repair the blood brain barrier.  The glaring fact that this immune cell and lymphatic cleansing system is relient on functioning venous drainage system  ---- in light of all of this research, the continued silence of the MS community is deafening.  They carry on as if nothing has changed, still prescribing immune cell sequestering and ablating medications, without a second thought.  They ignore vascular issues and the compounding evidence that cardiovascular lifestyle intervention can modify disease progression.

Why?  They understand the science, but they don't have an FDA-approved alternative to sell MS patients.

Readers of this blog know that the current mouse model for MS, called experimental autoimmune encephalomyelitis (EAE) is not an appropriate model for MS.  EAE it is initiated by injecting the mice with lots of stuff we certainly don't find in the CNS of humans with MS, in order to create an inflammatory reaction.


Did you know that the MS drug Copaxone was originally created in an attempt to CAUSE the animal model of MS?   It was formulated to give mice EAE?  That's right.
http://www.ncbi.nlm.nih.gov/pubmed/20106343

Glatiramer acetate (GA) was created in a lab over 40 years ago to cause EAE.   It consists of four synthetic protein compounds combined together to replicate myelin basic protein (MBP.)  Myelin basic protein is what the immune system damages in MS.  So, the idea was, inject the animals with this myelin-like formulation, and the immune system would go to town and attack ---creating an MS-like disease process, and disabling the mice.

What actually happened, however,  was the exact opposite. The animals injected with GA could not develop EAE.  What happened was that this formulation did indeed activate t-cells and boosted an immune reaction,  but these t-cells were not damaging, they were protective.
http://www.jimmunol.org/content/186/4/1887.full.pdf

This is how Copaxone was developed to treat humans--what MS researchers like to call serendipity, I think is essential to understand.  Copaxone is not an immune ablating or suppressing drug, it is an immune boosting drug.

Glatiramer acetate, now called Copaxone, was created in a lab at the Weizmann Institute in Israel. Not coincidently, this is the same institute where Dr. Schwartz has been conducting her research.  It would be the discovery of how GA increased the body's t cells and protected axons which would coincide and overlap with her studies.

Boosting immune cells, instead of suppressing them, protects the central nervous system.

Granted, we now know Copaxone is most certainly not a cure for MS.  Although it blocked EAE in mice, its longterm efficacy in humans with MS is more of a mixed bag.  But what the creation of Copaxone should have instigated, at least in mind, were questions regarding the long-term safety of serious immune ablating treatments for MS and the development of immune boosting and modulating treatments.

"They understand, but they do not have an alternative."

Let's continue to put pressure on MS researchers for alternatives.  For immune modulating treatments, for venous treatments, for cardiovascular therapies, for immune boosting treatments. It's vitally important to study the endothelium, the connection between the vascular and immune systems.

Until we understand more, please be careful with serious immune cell sequestering MS drugs (like Tysabri, Gilenya, Tecfidera) or immune ablating chemotherapies (like Campath and Lemtrada.)   Do everthing you can do to live your best vascularly, endothelially, heart-healthy life. 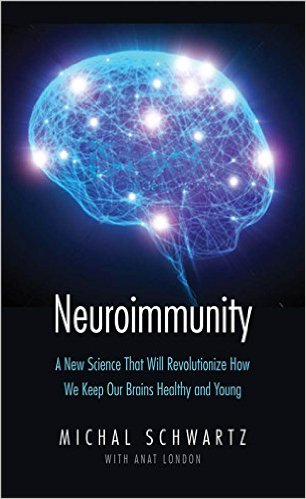