2016 proved to be a banner year for break through Multiple Sclerosis research.  And it showed us that what is old, is also new.

We now understand the brain has a vital and circulating immune system, reliant on draining veins and newly discovered lymphatic vessels.  New modes of technology are allowing scientists to study microbleeds, plasmic particles in brain tissue and the central vein sign (CVS) found only in MS lesions, which was first described in 1863.   Researchers are discovering how plasmic proteins initiate inflammation and contribute to brain atrophy in the MS brain.

Many of these discoveries are being made inside independently funded labs--like the Gladstone Lab and the Kipnis Lab--innovative labs outside the traditional autoimmune theory of MS.  These researchers are breaking down neuron-centric walls in hopes of understanding the etiology of MS.

And yes, these are vascular connections to the disease.  The brain is connected to the rest of the body via 60,000 miles of blood and lymphatic vessels.

Neuroimmunologists who continue to ignore and ridicule the vascular connection to MS are still wrong.  History will not be kind to those who turned a blind eye, or purposefully denegrated this research.


1.  From the Kipnis Lab--brand new research finds a special immune cell in the brain which protects against injury and disease. Immune cells were found outside lymph vessels in the dural sinus, near the draining veins of the brain. These rare lymphocytes are also found in the gut, and may be the gut-brain connection researchers have been searching for. The brain needs these immune cells.  We do not understand the implications of how lymphocyte sequestering drugs may be inhibiting their work.  Dr. Kipnis is working specifically on Multiple Sclerosis right now--and he is very hopeful.

The cells, known as “type 2 innate lymphocytes,” previously have been found in the gut, lung and skin – the body’s barriers to disease. Their discovery in the meninges, the membranes surrounding the brain, comes as a surprise. They were found as UVA researcher Jonathan Kipnis, PhD, explored the implications of his lab’s game-changing discovery last year that the brain and the immune system are directly connected via vessels long thought not to exist.

“This all comes down to immune system and brain interaction,” said Kipnis, chairman of UVA’s Department of Neuroscience. “The two were believed to be completely not communicating, but now we’re slowly, slowly filling in this puzzle. Not only are these [immune] cells present in the areas near the brain, they are integral to its function. When the brain is injured, when the spinal cord is injured, without them, the recovery is much, much worse.”

Curiously, the immune cells were found along the vessels discovered by Kipnis’ team. “They’re right on the lymphatics, which is really weird,” noted researcher Sachin Gadani. “You have the lymphatics and they’re stacked right on top. They’re not inside of them – they’re around them.”
link

2. Imperial College in London, UK has discovered how a leaking blood protein called hemoglobin is associated with brain atrophy in those with progressive MS.  Hemoglobin is responsible for delivering oxygen and iron to brain cells, but when red blood cells break down inside blood vessels---from endothelial dysfunction or disturbed blood flow--the blood cells fall apart and release hemoglobin, causing inflammation and neuronal destruction inside brain tissue.

An underlying low-grade chronic intravascular haemolysis is a potential source of the iron whose deposition along blood vessels in multiple sclerosis plaques contributes to the neurodegeneration and consequent brain atrophy seen in progressive disease.
link

In English----- inside blood vessels there is a chronic break down of red blood cells, which releases the protein hemoglobin into the blood stream.   This freed hemoglobin is found inside MS plaques and inside the brains of those with MS and is linked directly to brain tissue loss.   Dr. Zamboni first described this process in 2006 .  He noted how venous disease of the legs looked like MS in his ground-breaking paper "The Big Idea"   link


3.  Hypercoagulation has been shown, yet again, to be a factor in the inflammatory phase of MS.  Elevated levels of prothrombin and factor x, which are blood coagulation proteins, were found to be linked to disease progression in those with RRMS and SPMS.  link

This discovery confirms continuing work by the Gladstone Lab, which has honed in on fibrinogen as the initiating factor in MS lesions.   link

All of these leaked blood proteins (hemoglobin, fibrinogen, prothrombin, factor x) are supposed to remain inside red blood cells, inside healthy blood vessels.  They are inflammatory once freed from vessels and behind the blood brain barrier.  This was my thesis in The Endothelial Health Program.

If the endothelium becomes damaged and the NO levels become imbalanced, cells which should remain in the blood can leak through blood vessels and into adjacent body tissue. Some of the leaked cells can include proteins, such as the C-Reactive protein, which is produced by the liver and causes inflammation8.   link

It was Jeff's sky high hypercoagulation numbers which first brought me to endothelial research and the vascular connection to MS almost 10 years ago.
The blood matters.    link


4.   The central vein seen inside an MS lesion is now recognized as a biomarker for MS,   according to a consensus statement from the North American Imaging in MS Cooperative (NAIMSC)  Multiple Sclerosis is unique, in that there is an enlarged vein at the center of each lesion.  Not an artery (which delivers blood)---but a VEIN, or a draining vessel,  which has become engorged and leaky.   Rindfleisch first noticed this phenomena with his microscope in 1863.  And the central vein is still there.  Finally, MS imaging specialists acknowledge this is a biomarker for MS.
link

A group of scientists asked this cooperative why they chose not to cite Dr. Paolo Zamboni's prior research, as he has published on the central vein sign and the link to venous disease.   Their query was published in Nature.  Again, it is Dr. Zamboni's ground-breaking paper, The Big Idea from 2006.

Re: The central vein sign and its clinical evaluation for the diagnosis of multiple sclerosis: a consensus statement from the North American Imaging in Multiple Sclerosis Cooperative.

5.  Dr. Paolo Zamboni presented an update on his Brave Dreams placebo controlled CCSVI trial at the 2016 Veith Conference in New York City.  This is the first placebo controlled multi-center trial which is utilizing neurologists, MS specialists and vascular specialists, all working together and collaborating.  All are independently reviewing the results from the study.  Dr. Zamboni spoke with Sharon Richardson of CCSVI Alliance, to give a breakdown of the study.
link

This was a six center study throughout Italy.  200 subjects started the year long study, 125 people completed it.  They were mostly RRMS and some SPMS  (under 5.5 EDSS) who were investigated, treated (or not if they were in the sham control) and followed a year through completion of this study.  There were primary endpoints, which Dr. Zamboni explained were OBJECTIVE.  This means that these changes were not subjective, or based on patient's feelings, but were measurable by approved medical instrumentation.  These objective measurements included volume of bladder, visual acuity, timed walking and manual dexterity, as well as MRI lesion consideration.  All of these measurements were looked and compared during 3, 6, 9, and year intervals.  The first paper will report on these primary endpoints after treatment, and will hopefully be available next June.
As Dr. Zamboni stressed---this type of trial is unique and should become the gold standard for MS treatments.   NO drug trial has ever been weighted and measured in such a precise, objective way.
To the patients, Dr. Zamboni asked us all to "be patient".  There will be more coming on how CCSVI treatment improves perfusion and cerebrospinal flow, as well as how it helps with depression, memory, fatigue, and cognition.  This research is more "like an opera"--it is going to take cross-disciplinary collaboration and cooperation.  Across disciplines and countries.

2017 will only further our understanding of the connection of the brain to the rest of the body, and how the vasculature is implicated in the MS disease process.

Until we know more, live your best, vascularly healthy life.
Move as much as you can, as often as you can.  Eat organic whole, colorful foods full of phytonutrients.  Get your UV rays and Vitamin D.  Get good sleep and manage your stress levels.  Don't smoke or eat junk food.  Stay hopeful.
There are better days ahead. 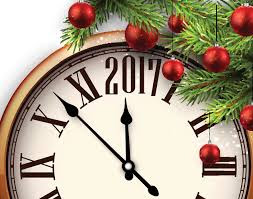