A brand new blinded study has found that it takes almost twice as long for blood to flow from the heart, through the brain, and back to the heart in people with MS, when compared to normals.

Cerebral circulation time (CCT) in people with MS was not tied to disability, or length of time with an MS diagnosis.  Slowed CCT was found in all people with MS, when compared to age matched controls.

This research was conducted by the neuroimaging and neurointerventional units of the University of Siena General Hospital, edited by neurologist Dr. Orhan Aktas of the University of Dusseldorf and published in PLoS ONE in February 2015.  Both the testing neuroradiologist and the data examiner were completely blinded as to whether the participants had MS or were healthy.

Cerebral hypoperfusion, or slowed blood flow, has been noted in multiple sclerosis for decades.  Many have theorized that this slowed blood flow is a result of damage to the MS brain.  That inflammation, lesions, edema and loss of neurons would lead to less perfusion.  But this has only been a theory.

What is revolutionary about this new, blinded study--is the evidence that cerebral hypoperfusion occurs in the earliest stages of MS, and precedes white matter lesions and neurodegeneration.  This slowed blood flow appears to be the very first step in the MS disease process.  Hypoperfusion is not a result of MS, it may be the cause.

The researchers state that slowed cerebral blood flow is "pathognomonic."  Pathognomonic (patho, meaning disease and gnomonic meaning judge) means that this is a specific marker for MS.

The absence of a significant association between CCT and disease duration, disease onset, lesion and brain volume, EDSS and age could suggest that the high intravascular resistance is a constant finding in MS patients, possibly taking place at an early stage of the disease.


Therefore, cerebrovascular changes are not solely the result of a late chronic inflammatory process. Indeed, if the microvascular dysfunction was a consequence of lesion load or brain atrophy, high CCT values would be expected to increase with EDSS and disease duration.

In conclusion, the absence of a correlation between lesion volume and CCT confirms that hemodynamic alteration is not related to parenchymal lesion and other MS-linked clinical features, but rather, is a pathognomonic feature of disease.

This is the second peer-reviewed, published and blinded study to show cerebral circulation time is markedly slower in pwMS when compared to normals.  The first study was published in 2012, and utilized doppler ultrasound, rather than angiography.
http://www.ncbi.nlm.nih.gov/pubmed/22357894

We know that hypoperfusion is damaging to delicate brain tissue.  We see links to neurodegeneration, white matter lesions and cerebral atrophy is hypoxic (lowered oxygen) situations where hypoperfusion is present--such in altitude sickness, carbon monoxide poisoning and cocaine overdose.  The brain needs a constant supply of oxygen and glucose, and when blood flow is disrupted, damage occurs. Researchers have seen hypoperfusion and ischemic injury in MS for many years.

Dr. Zamboni and Dr. Zivadinov published a study in 2010 showing how severity of CCSVI was linked to severity of hypoperfusion:


To the best of our knowledge, this pilot study is the first to report a significant relationship between the presence and severity of CCSVI and hypoperfusion in the brain parenchyma. These preliminary findings should be confirmed in a larger cohort of MS patients to ensure that they generalize to the MS population as a whole. Reduced perfusion could contribute to the known mechanisms of virtual hypoxia in degenerated axons.
http://ccsviinms.blogspot.com/2011/03/dr.html

I've been summarizing the research of MS as a disease of primary hypoperfusion for six years now.
http://ccsviinms.blogspot.com/2009/12/hypoperfusion-decreased-blood-flow-in.html

Dr. Bernhard Juurlink proposed MS as a disease of hypoperfusion in 1998
http://ccsviinms.blogspot.com/2010/08/blood-flow-and-white-matter-lesions.html

Neurological researchers can no longer claim that cerebral blood flow is not important.  New technologies are allowing us to see how hypoperfusion and slowed cerebral circulation time is impacting the brain.

There is a very real and measurable vascular connection to MS and diseases of neurodegeneration.
And new research is showing us how important the heart-brain connection is.

Why does it take a full two seconds longer for blood to return to the heart in people with MS?  We need answers. 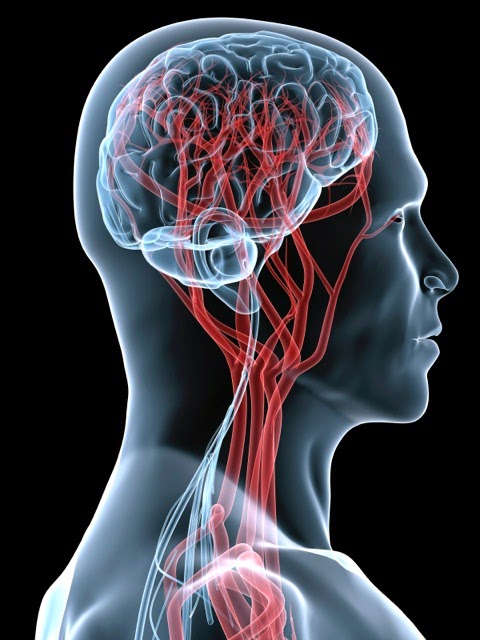