This month is the 8 year anniversary of Jeff's diagnosis with Multiple Sclerosis.  (Although we now believe Jeff has had MS since childhood, when he lost his peripheral vision.  Throughout his life, he would exhibit other common MS symptoms, but he wasn't officially diagnosed until age 43.)

We are happy to share that he remains MS progression free, is still jogging, working full days, traveling the world, composing, performing and conducting,
and yes, Dr. Miller, Jeff is still skiing.

Neurologist Aaron Miller confronted me at the CCSVI Alliance table at the American Academy of Neurology Brain Fair in 2013.  He walked up to our exhibitor's table, looked me in the eye and laughed in my face.  "You can't possibly believe this!"  he sputtered.

I told him that for many, there was a vascular connection to MS.  That my husband had regained his balance and energy and was able to return to walking, then biking, then jogging and eventually skiing.  All thanks to his successful venoplasty treatment which repaired his stenotic dural sinus and jugular veins and his implimentation of the endothelial health program.  Dr. Miller guffawed,  "That's ridiculous!   There's nothing to the vascular business.  Veins?  We've discredited it all.  Well, let's hope he keeps skiing! Ha!!"

He smirked at me as he walked back into the conference, where he was presenting on the latest oral drugs for MS.

"The future has never looked brighter for [people with] MS," says Aaron Miller, M.D., medical director of the Corinne Goldsmith Dickinson Center for Multiple Sclerosis at Mount Sinai Medical Center in New York City. And, he adds, "I anticipate that in the [near future], we'll have perhaps another four new multiple sclerosis drug treatments."
http://www.healthcommunities.com/multiple-sclerosis/treatment.shtml

Dr. Miller would end up backing away from one of the new oral medicines, Gilenya--after there were six deaths linked to the drug.

The deaths have “made me a little more cautious,” Aaron Miller, chief medical officer of the U.S. National Multiple Sclerosis Society and a medical director at New York’s Mount Sinai Hospital, told Bloomberg News. “I am not somebody who has recommended Gilenya as a first-line drug prior to these reports, and I’m still not recommending it as a first-line drug until we get more data,” Dr. Miller added. Miller treats about 800 patients and has prescribed Gilenya to about 30.
http://www.newsinferno.com/doctors-back-off-gilenya-amid-safety-woes/

Dr. Miller was ready to embrace these new oral MS medicines, which he admits were lacking data, and promote them at conferences and prescribe them to his patients. Yet he deemed my husband's pursuit of vascular health and repair of a venous malformation "ridiculous."

Are MS specialists really concerned about their patients' health?  If so, they might want to consider the following:

Matt Embry is now 20 years past his MS diagnosis, with no progression.  He still runs marathons and works full time.  He has never taken any disease modifying medications.  He's offering his program, called MS Hope, for free.  He has a website and Facebook page, where the program his father, Dr. Ashton Embry, compiled for him using peer-reviewed MS research, is now offering continued hope and health to those with MS.
http://www.mshope.com

Matt, Dr. Terry Wahls, Dr. George Jelinek and many others are speaking out about how nutrition, lifestyle, exercise, UV rays, vitamin D and smoking cessation can help people with MS maintain health and mobility.  And they are publishing their results in medical journals.
http://terrywahls.com
http://www.overcomingmultiplesclerosis.org

The International Society for Neurovascular Diseases will meet in March to discuss the ongoing studies on cerebral perfusion and CCSVI.
http://www.isnvd.org/d/Napoli

The keynote speaker for the ISNVD conference is Dr. Mat Daemen, Professor at the Academic Medical Center in Amsterdam and Project Leader at the Cardiovascular Research Institute in the Netherlands.  His recent publication,  “The Heart and the brain: an intimate and underestimated relation” discusses the important relationship between blood flow and the brain, and the lack of understanding of this connection, due to the non-collaborative and myopic approach of medical research.

The apparent lack of appreciation of the link between cardiac and brain (dys)function is probably due to monodisciplinary approach by cardiologists and neurologists and by the reductionist approach of modern medical research.
http://www.ncbi.nlm.nih.gov/pmc/articles/PMC3547419/

Despite the MS treatment machine and pharmaceutical companies' best efforts, the vascular and environmental research continues.  Patients are finding healing and sharing with others.  People are donating money to directly fund the research which interests them and are participating in this grass roots movement.    There are things that people with MS can do for themselves today, which will make a difference in their disease progression tomorrow.

If I was an MS doctor and someone told me that their 50 year old husband with MS had returned to skiing after having trouble walking and balancing, I might sit down with them and learn more.
Not laugh in their face and deride them, wishing them ill.

If I was an MS Society and a young man from my country began sharing his program for health and healing after having had MS for 20 years, I might ask him to speak to people with MS and help them.  Not consider his information a threat.

If I was an MS researcher, and a world-reknowned vascular specialist (who was collaborating with NASA) could show me how venous reflux was impacting the brains of people with MS, I might work with him.  Not spend millions on studies ignoring his protocol, just to prove this condition didn't exist.

But I am none of those things.
I've got no money in this game.  Just skin, and skis. 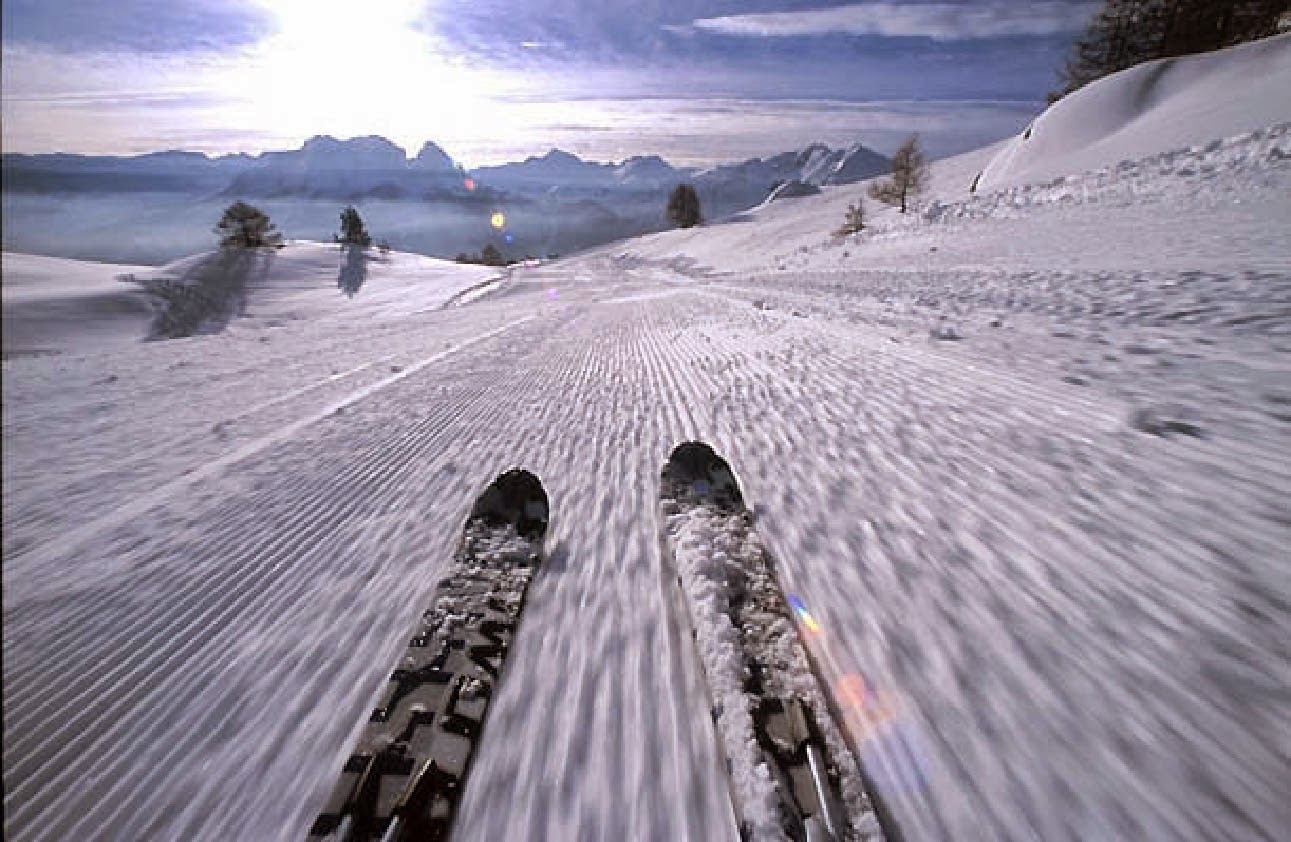