A Single Drop of Blood...

....is all it takes to create MS.
Forget about requiring a rogue virus or some deranged auto immune reaction.
You don't need to inject mouse brains with foreign antigens and create EAE.

Just one bit of blood on brain tissue activates the immune system and creates MS demyelination.

From the Gladstone Institute Press Release:
In the current study, published in Nature Communications, the scientists created a new animal model of disease to determine if BBB (blood-brain barrier) leakage can cause autoimmunity. They discovered that injecting just one drop of blood into the brain set off the brain's immune response, kick-starting a chain reaction that resulted in inflammation and myelin damage.

These findings offer a completely new way of thinking about how the immune system attacks the brain--it puts the blood in the driver's seat of the onset and progression of disease," says senior author Katerina Akassoglou, PhD, a senior investigator at the Gladstone Institutes and professor of neurology at the University of California, San Francisco. "This opens up the possibility for new types of therapies that target blood coagulation factors, upstream of autoimmune processes."

"Our results provide the first evidence that blood promotes T cell responses against the brain," says first author Jae Kyu Ryu, PhD, a staff research scientist at the Gladstone Institutes. "Not only did we confirm that the presence of blood in the brain recruits peripheral immune cells to the area, which is sufficient to cause myelin destruction, we also identified fibrinogen as the critical protein driving this process."
"These findings question a long-held paradigm that myelin-specific T cells initiate inflammation in the brain through activation of microglia and brain macrophages," says Scott Zamvil, MD, PhD, a professor of neurology at the University of California, San Francisco and co-author on the paper. "This study demonstrates that the original paradigm may also occur in reverse. Namely, initial activation of microglia and brain macrophages may activate T cells."
https://gladstone.org/about-us/press-releases/blood-clotting-protein-triggers-immune-attack-brain

Well, we do. We see this reaction in stroke and vascular dementia in humans. And stroke specialists have published on the immune system response to blood in the brain. But MS specialists don't talk to other doctors, and they have chosen to stick to the EAE autoimmune mouse model--come hell or high water-- and consistently ignore the vascular evidence. Here's a blog post I wrote about the autoimmune response in stroke back in 2010.
http://ccsviinms.blogspot.com/2010/12/the-autoimmune-response-in-stroke.html


You'd think this idea of blood in brain tissue would have been tested by now, especially since we know that people with MS have microbleeds in their brains, as seen on 7T MRI. Dr. Yulin Ge discussed this at the 2014 ISNVD conference. People with MS have tiny, pinpoint bleeds in their brains, only seen on the most powerful MRIs. Blood is not supposed to breach the blood brain barrier. But for some reason, in MS, it does.
http://ccsviinms.blogspot.com/2014/03/blood-matters.html

In 2015 we finally have an actual animal model, created by the innovative Gladstone Institutes (go, Silicon Valley!), demonstrating that injecting one single drop of blood into the brain begins an "immune response akin to MS."

The Gladstone Institute has been honing in on the blood for several years now. Dr. Katerina Akassoglou has published in the past decade on how leaking fibrinogen, a clotting protein found in blood, can trigger inflammation in the brain. http://www.nih.gov/news/health/nov2012/ninds-27.htm

Dr. Akassoglou's premise has been that fibrinogen causes neuronal damage to the MS brain. With this current study, Dr. Akasssoglou and her colleagues saw the actual result of this leakage--activation of the immune system.
__________________________________
I would like to suggest that instead of rushing off to create the next MS drug bonanza--based on coagulation factors and blocking fibrinogen-- perhaps researchers would like to revisit MS disease etiology? Perhaps it is time to reconsider the vascular connection to MS? To study how altered venous hemodynamics might be affecting the endothelial wall of vessels, and creating permeability?

Maybe we should figure out what is causing these microbleeds in the MS brain, and why fibrinogen is there in the first place?

Want to cure MS? Let's discover the cause of MS.

Dr. Mark Haacke's presentation on SWI technology and imaging the MS brain is also a good place to start.
http://www.ms-mri.com/presentations/Imaging%20Iron%20in%20MS%20using%20Susceptibility%20Weighted%20Imaging%20(SWI).pdf

Or how about Dr. Paolo Zamboni's "Big Idea" paper from 2006, where he outlines the similarities of MS and venous disease? http://www.ncbi.nlm.nih.gov/pmc/articles/PMC1633548/

In the past year, we have learned that the brain has an immune system and lymph vessels--that the brain's immune privilege is a myth. http://ccsviinms.blogspot.com/2015/06/rewrite-textbooks.html

And this week, we learn that a single drop of blood in the brain can cause MS---just like the micro bleeding seen on MRI.

We are in the midst of a huge paradigm shift in MS research.

Here's the preliminary program for the 2016 ISNVD conference in NYC next April. Lots of discussion on microvasculature imaging in MS. And Dr. Yulin Ge, Dr. Mark Haacke and Dr. Paolo Zamboni will be presenting! The keynote speaker will be the scientist who discovered the brain's lymphatic vessels, Dr. Jonathan Kipnis.
Please come, MS specialists and researchers---I guarantee you will learn something.
http://isnvd.org/sites/default/files/Preliminary%20Website%20Program-Schedule%209-11-2015.pdf

Let's not let this moment pass us by. Get this research to your local universities.
Tweet about it, share it in your community. Ask your MS Society to fund further research into the vascular connection. Support groups like the ISNVD. www.isnvd.org Educate yourself and others in the MS community.

The vascular connection to MS is real.

It's as real as a single drop of blood. 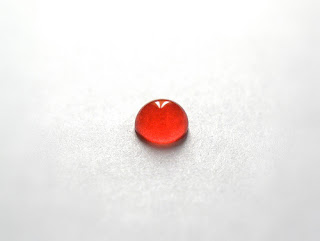