UPDATE: October 2017
Confirmation of the Kipnis Lab and University of Helsinki finding in humans.
Researchers at NIH see the actual lymphatic vessels in the human brain.

“We literally watched people’s brains drain fluid into these vessels,” said Daniel S. Reich, M.D., Ph.D., senior investigator at the NIH’s National Institute of Neurological Disorders and Stroke (NINDS) and the senior author of the study published online in eLife(link is external). “We hope that our results provide new insights to a variety of neurological disorders.”   link

The Journal of Experimental Medicine said it best in their recent tweet:

"The CNS is considered an organ devoid of lymphatic vasculature." Ed. note: "NOT"

Not. Decades of medical theory which considered the brain as different from other organs of the body and without lymphatic drainage system were, well, simply wrong.

The University of Helsinki has independently published a paper in the Journal of Experimental Medicine which confirms the University of Virginia's paper on lymph vessels published just two weeks ago. Both universities have found:
A dural lymphatic vascular system that drains brain interstitial fluid and macromolecules
link

How have researchers had it SO WRONG for SO LONG?
If you're like me, you figured that neuroscientists had looked long and hard for any signs of lymphatic drainage surrounding the brain, and had proven that it simply didn't exist, and that the brain was indeed immune privileged, and separate from the rest of the body's peripheral immune system.

“Any neuroscience textbook that has ever been written will say that the central nervous system is devoid of a lymphatic system and that is one of the reasons the brain is immune privileged,” Louveau said. “When we started our project, our question was if there are so many immune cells surrounding the brain, how do they traffic there? By addressing this question we found vessels that weren’t supposed to exist. They were very well hidden and we think that is why it took so long to discover them.”
link

In fact, the whole concept of immune privilege of the brain and lack of lymphatic drainage was created 70 years ago and hasn't changed much in ensuing years.   This was around the same time EAE was created as the animal model for MS.  Why hasn't there been more exploration until recently?   I believe one reason is because the old theories have made people very rich.

Let's learn the history:
The theory of  immune privilege was invented to explain why foreign tissue grafts placed on brain tissue didn't cause an immediate immune reaction, as similar grafts did in other parts of the body, like the skin.  It was believed that antigens in the brain were concealed from the immune system by the blood brain barrier.  That's why it was assumed that when immune cells showed up in the brain--if they weren't there fighting an infection or as an inflammatory reaction after a stroke---there could only be one explanation--it was some sort of "auto-immune"and destructive inflammatory reaction.

This theory of immune privilege was developed in the 1940s and became the foundation of transplantation immunology---or the reason why we need to block the immune system when patients receive a donated organ or a skin graft.  The body's immune response needs to be turned off, so that it will not reject the foreign tissue.  This process was discovered by Sir Peter Medawar, who wanted to understand how to help skin grafts survive.

Sir Peter Medawar, whose experiments in the 1940s established the basic rules of transplantation immunology [2], placed skin and or other types of grafts in the anterior chamber of the eye and the brain [3]. Observing that many of these grafts, unexpectedly, survived for prolonged intervals of time, he invented the term ‘immune privilege‘ to refer to the unexpected and prolonged acceptance of solid tissue grafts at specialized sites in the body. At the time, it was believed that the brain and eye lacked lymphatic drainage pathways, and that both organs resided behind stringent blood-tissue barriers. In light of this knowledge, Medawar proposed that immune privilege results from ‘immunologic ignorance’ because, on the one hand, in the absence of lymph pathways antigens could not escape from the eye, and on the other hand, immune effectors in the blood could not pass the vascular barrier to enter the sites where antigen resides. He speculated that antigenic material placed in privileged sites is sequestered from the immune system, and that the system remains unaware of the existence of grafts in privileged sites. link

This speculation on immune privilege has continued on for seven decades, mostly due to the fact that no one could find any lymphatic drainage pathways or understand how or why immune cells might get through the blood brain barrier.

Not coincidently, the EAE model for MS was developed around the same time as the theory of immune privilege, as an example of how t-cells could break through the blood brain barrier and attack the brain in an auto-immune reaction.  It has been a prevailing theory in MS treatment development, which has also never been proven.  Another 70 year old theory which has lead to disastrous assumptions about the brain.


The presence of mild scant lymphocytic infiltrates in the demyelinating lesions has been generally interpreted as the evidence of an inflammatory autoimmune process. Because specific T-cell mediated autoimmunity can be reproduced in animals after myelin protein sensitisation (Experimental Allergic Encephalo- myelitis (EAE)) it has been assumed (but never proven) that a similar T-cell driven immune mechanism is responsible for demyelination in MS.

The acceptance of EAE as a model for MS is an unfortunate error that has its basis on faith rather than science. Whilst EAE is a good example of an experimental organ-specific autoimmune disorder in animals, it cannot be accepted as a model for MS for a wide variety of reasons. This is particularly important in relation to the development of MS pharmacotherapy. We have analysed the literature on immune-modifying therapy in MS and it is clear that none of these agents can qualify as a candidate therapy under scrutiny.
link


The brain's relationship to the peripheral immune system is obviously much more communicative and complex than previously imagined.  The discovery of lymphatic vessels by neuroimmunologists means we need a do-over in MS research, as this science writer comments:

This data suggests that brain immune surveillance communicates with the immune system and can generate adaptive immune responses. The authors infer that previously characterized glymphatic washing of the brain likely connects to the lymphatic system; a testable hypothesis. The authors further suggest that this system will change the way we think about neurological disorders such as multiple sclerosis and Alzheimer’s.
link

The fact that MS has no disease-specific immune target,  no specific antigen, and does not look like EAE in mice, should give us all pause.   There has never been any concrete, scientific proof that MS is an autoimmune disease.  Just a theory,  which has been used to create a 20 billon dollar a year industry.  And that theory has completely unravelled.  The question is, will MS researchers let go of pharma money, in order to pursue the true etiology of MS?

If the brain requires immune cells for neuroprotection, stem cell regeneration and plasticity, than what are we doing suppressing the immune system with MS drug therapies?  What if this immune reaction is, as Dr. Michal Schwartz's research has shown, "protective", and should be modified, not stopped?  (notice that this paper was co-authored by Dr. Kipnis, a PhD graduate of the Weizmann Institute of Science, who now heads up the Kipnis Lab at the Univeristy of Virginia where these lymphatic vessels were discovered.)

For decades, several axioms have prevailed with respect to the relationships between the CNS and circulating immune cells. Specifically, immune cell entry was largely considered to be pathological or to mark the beginning of pathology within the brain. Moreover, local inflammation associated with neurodegenerative diseases such Alzheimer's disease or amyotrophic lateral sclerosis, were considered similar in their etiology to inflammatory diseases, such as remitting relapsing-multiple sclerosis. The ensuing confusion reflected a lack of awareness that the etiology of the disease as well as the origin of the immune cells determines the nature of the inflammatory response, and that inflammation resolution is an active cellular process. The last two decades have seen a revolution in these prevailing dogmas, with a significant contribution made by the authors. Microglia and infiltrating monocyte-derived macrophages are now known to be functionally distinct and of separate origin. Innate and adaptive immune cells are now known to have protective/healing properties in the CNS, as long as their activity is regulated, and their recruitment is well controlled; their role is appreciated in maintenance of brain plasticity in health, aging, and chronic neurodevelopmental and neurodegenerative diseases.
link


Israel Steiner, a neurologist at the Hadassah University Hospital in Jerusalem, agrees that EAE has blocked "effective progress" for decades. He thinks alternative theories should be put to the test. "I definitely believe it's high time to reconsider the entire field. It has not led us into understanding the disease or to a better therapy for patients," he says.
"Many people in the community who do not have a vested interest in the autoimmune hypothesis share my views, but I'm not sure they would like to step out."
New Scientist vol 176 issue 2369 - 16 November 2002, page 12

The MS neurologists with "vested interest in the autoimmune hypothesis" were the very same ones who shut down CCSVI research before it could even begin, or be done correctly.  They were the first to say that veins would have nothing to do with MS, that it was an autoimmune disease, that the brain's drainage system was unimportant.  They created the narrative that those of us pleading for collaboration with Dr. Paolo Zamboni and the International Society of Neurovascular Disease (www.isnvd.org) were wackos, a fringe element, a Facebook/YouTube phenomena that would pass.

But they were wrong.  The brain's venous system is most certainly important for efficient drainage of CSF, blood and now, lymph.  And the brain's immune system appears to be intimately tied to venous flow of the brain via newly discovered lymph vessels.  link

In fact, the two large lymph vessels which collect the lymph drainage from the brain, head and neck can enter the blood stream at the internal jugular vein, the subclavian vein, or the junction of these two veins, called the venous angle.  Lymph relies on the low pressure venous system for drainage. To say that this discovery has "nothing to do with CCSVI" is to blatantly ignore physiology.  For patients, or neurologists, who would like to learn more about lymphatics:  link

The writing is on the wall, in medical journals, blogs and even twitter.
And we are all watching, reading, and waiting.

Time to rewrite the textbooks and help people heal, 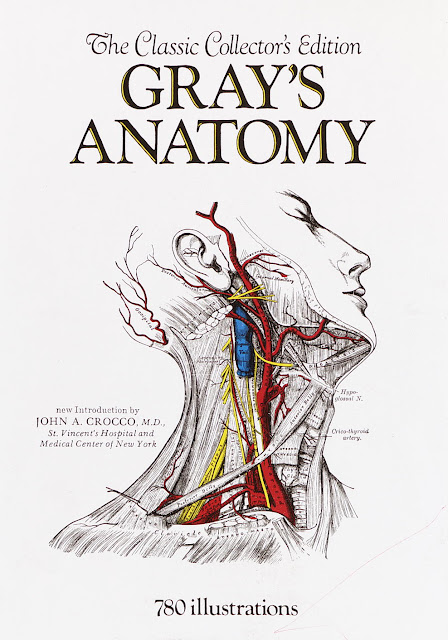