The last hundred years or so, all of neurological disease research has maintained that any immune cells which showed up in the brain were there for one of three reasons:  to protect the brain against infection, in an autoimmune reaction (as in MS) or during an inflammatory attack (as occurs after stroke or ischemia.)  But immune cells as part of a healthy, functioning brain?  Absolutely not!

MS researchers have continued this dogmatic narrative, based on the "successful" development of EAE and immune ablating and suppressing drugs.  They maintain that the brain is immune privileged, and the blood brain barrier is meant to keep immune cells out.  And they've been suppressing the heck out of MS patients' immune cells ever since.

Recent research from the University of Virginia and the Kipnis Lab has called all of this into question.  It now appears that a healthy immune system is connected to the brain,  Exactly as it is in all other organs, via lymphatic vessels which drain into veins.

But even before the U of V publication, there has been one researcher who has single-handedly challenged the dogma on the immune privileged brain.  She has asserted the need for immune cells in our central nervous system.   She has been ridiculed, mocked and ignored--because she has stated that immune cells are supposed to be in the brain to aid, repair and rebuild.  She has published on the premise that immune cells are neuroprotective.
link

Dr. Michal Schwartz of the Weizmann Institute of Science has questioned whether immune ablation and suppression  in multiple sclerosis drugs was the correct approach.  Her research showed that it was essential not to completely stop the immune cells entering the MS brain, but to retrain the cells:  immune modulation, rather than immune suppression.  She continued to publish that immune suppressing drugs had fallen short, that MS continued to progress.  She thought it was impossible that the brain would have given up its ability to be assisted by the immune system.  It simply did not make sense to her.  Why would our most important organ not need the immune cells?
link

Immune ablation and suppression never made sense to me.  Subsequently, I've been following her research ever since Jeff was diagnosed with MS in 2007.  And that's why Jeff has only ever been on Copaxone, which was developed at the Weizmann Institute.  Copaxone retrains the immune cells thought to be causing damage, and leaves the others intact.

Dr. Schwartz likes to quote Abraham Lincoln--
"If you are doing any revolution, do not try to convince your opponents,
if you are right, you don't need it.  If you are wrong, it will not help you."

Dr. Schwartz has been quietly conducting her revolution in Israel, publishing her research in medical journals, and speaking out on the absolute necessity of immune cells in the brain.  As she says, "A healthy mind depends on a healthy immune system."  These so-called lymphocyte "auto-immune cells", which MS drugs sought to inhibit, were the exact same ones her research showed were needed to repair the brain.  And she established her theory of "protective autoimmunity."  Her research continued to show that these cells were needed to create new stem cells.
link

Immune cell suppression and ablation will need to be reconsidered now.

She has been brave enough to keep on this trail.  And now, with the recent U of V research,  it appears she was right all along.
Here's Dr. Schwartz presenting her research in plain English.
Give her fifteen minutes of your time---listen to her revolution.
link


Be careful with serious immune ablating and suppressing drugs, especially while we're still learning about the function of immune cells in the CNS.  If this past week and the U of V research has taught us anything, it's that we simply don't know what we don't know...

be well, be hopeful,
be educated, 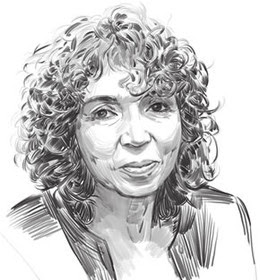