Pictures. Worth some words.

I write a lot.  Today I just wanted to share some images, because these pictures speak loudly and can amplify recent blog posts.  Some neurologists are saying there's no way the newly discovered lymphatic vessels and CCSVI are related.  But they are wrong.  Just as they have been wrong about the brain's "immune privilege" and the EAE mouse model of MS.
http://ccsviinms.blogspot.com/2015/06/rewrite-textbooks.html

The following images are all of the venous and lymphatic drainage of the brain, from the back of the head. 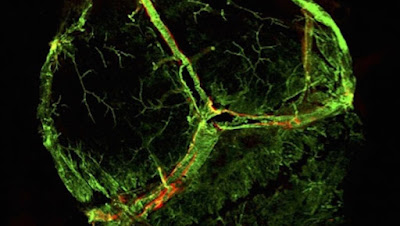 This is an illustration of the veins which drain the human and mammalian brains.  Cortical veins at the top of the head lead into the superior sagittal sinus.  They branch off on either side, forming the transverse sinus, where they eventually head south into the jugular veins. See how nice and open they appear? Lymph vessels follow this system.  Lymph vessels drain lymph carrying immune cells, metabolites, proteins and toxins from the brain into jugular veins.  You can see how the mouse brain image above matches this. 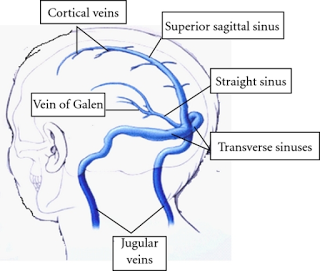 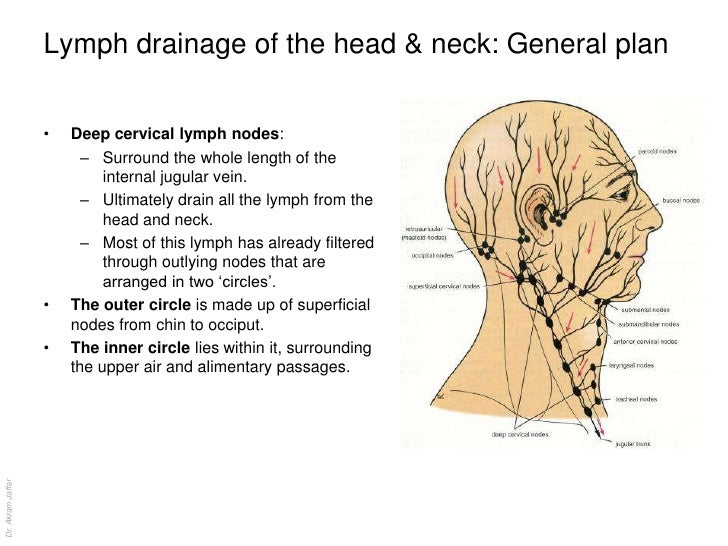 AND finally, this is an MRV image of my husband Jeff's brain draining veins. Notice the straight cortical veins, leading down into the transverse sinus, where they branch off. And then....what the what? His sigmoid sinus and jugular foramen are pinched off, creating a mess of curly collaterals beneath.  His brain's blood flow and lymph were all slowed to a stall, waiting to be being drained.  He was sick, tired, had over 20 cerebral lesions, and had just received an MS diagnosis.

His sigmoid sinus and jugular veins have since been stented, and he now has normalized flow going through his jugular veins. The collaterals disappeared. How has this impacted his brain health? Well, he hasn't had any more MS lesions and his gray matter atrophy reversed.   He's running around, always on the go, very thankfully still driving me crazy. Yes, this is all anecdotal.  But sigmoid stenting is an approved treatment for intracranial hypertension.  It's not vodoo.  It improves cerebrospinal fluid and blood flow, and helps people heal.  And now we know, this is where lymph flows, as well.

I would contend that this is something SOMEBODY might like to study. All it would take would be to block the mouse veins at the sigmoid sinus, insert the tracer dye into the lymphatic vessels, and watch what happens to the drainage of lymph.   I'll bet you it isn't good.

The time is now,