The vascular connection to MS is reluctantly being acknowledged by mainstream neurological researchers. All you have to do is look at the latest batch of funding by the National MS Society. Many of the studies involve research we've discussed on this blog, and involve looking at this disease in a new way.

Here's the MS Society press release and announcement on their $25 million dollar research funding commitments. There is a link on this release to all of the funded studies:

Microvessels and circulation of the eye,
http://ccsviinms.blogspot.com/2012/03/vascular-health-and-brain-eyes-have-it.html
and "wellness strategies"
(pretty much most of this blog)

Looks familiar, right?  Certainly not ground-breaking or "cutting edge" research to those of us following the vascular connection for the past decade.

Sadly, there is no funded research on the newly discovered lymphatic system of the brain or the venous drainage of the CNS.  Nothing on the heart-brain axis or cardiovascular exercise. Nothing on nutrition. That's what I would call "cutting edge!"
But there is a shift which is happening, and it's very important to point this out.


There's a mention of funding research into "sparing important, protective parts of the immune system" in MS treatment---which seems to be an about-face from the second generation immune ablating and lymphocyte sequestering drugs recently foisted on people with MS---and actually admitting that the brain has an immune system and needs immune cells.


The latest "Second Generation MS drugs" destroy or inhibit the immune response in the CNS, leaving the brain unprotected. Immune cell "sparing" research comes a bit late for the thousands of people with PML, cancer or new autoimmune conditions from these drugs. MS drug treatment remains a $20 billion dollar a year industry, and the second generation drugs are far too profitable to shelve. They just all have black box warnings now. Thanks, FDA!

Here's what the NMSS says about these disastrous FDA approved drugs in their press release.


There are FDA-approved therapies that can impact the underlying disease course in people with the more common forms of MS. However, none of these can stop progression or reverse the damage to restore function.

That's right. They've done studies now on whether or not the drugs stop progression or restore function. And there is no empirical evidence that any of the new treatments do either. MS patients need to understand these facts. They are still peddling these FDA approved drugs with diasterous and deadly side-effects, because that's what they've got.

Look to the neurovascular connection: the endothelium, the lymphatic drainage system, the newly discovered CNS immune system, and the heart brain axis. Lots of researchers outside of neuroimmunology are doing just that.

These researchers could really use some funding.

You might want to check out their conference at the Academy of Sciences, near your headquarters in New York City, at the end of this month. 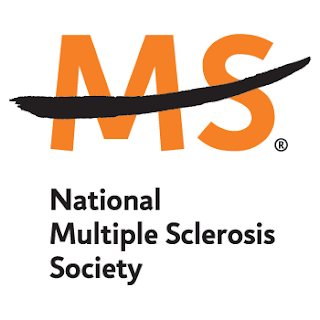