I want to say upfront, I am not hopeful regarding the results of the University of British Columbia (UBC) CCSVI trial.  The preliminary results may be most dramatically revealed at the Society of Interventional Radiologist conference on March 8th in the Marquis Ballroom of the Marriot in Washington DC.  I have a pretty strong hunch they will be negative and will not show any benefit in venoplasty for CCSVI.

I wish I could be more upbeat and say that this trial will give CCSVI venoplasty intervention a fair shot, but I've been concerned about bias and an ill-conceived trial since the beginning.  Anne Kingston wrote the best article on this topic back in 2012--
"Finally, CCSVI Clinical Trials.  So Why is Everyone So Pissed Off?"  link

Here is what I thought about Traboulsee's 2014 CCSVI imaging study- Scientific Misconduct?

Fast forward to 2017.  Even though the UBC CCSVI study is still on-going, preliminary results have been fast-tracked for a release at a vascular conference in the US.  This research was submitted to the SIR conference after the deadline for submissions in September. This is from the SIR website, where the investigators are allowed to explain why their presentation deserves consideration.

Please provide a justification below for this abstract's eligibility to be considered for late-breaking submission.

This will be the first presentation of a randomized, double blind clinical trial of jugular and azygos venoplasty in MS, including patient reported, clinical, and MRI outcomes. The presentation will include all data from the first 48 weeks in all patients after their first procedure only, comparing sham to venoplasty.

This is a multicenter trial with an independent trial coordinator. The database was locked December 23, 2016 and the authors were (and still are) blinded to the outcome. It is a trial of sufficient magnitude and scientific rigor that it deserves presentation at a major society meeting.
link  (search "Traboulsee" to see the submission)

Get that? The trial coordinators and authors claim to still be blinded to results. Seems odd, right? Why submit to SIR, a "major society meeting" without knowing the results? And why now? Why not wait until all the data has been collected and collated?

I believe the reason the UBC study was submitted to SIR, before completion and after the SIR deadline, is because Dr. Zamboni announced, at the Veith Conference in November 2016, that his Brave Dreams Trial had been completed and results would be published in mid-2017. link

The UBC team submitted their abstract after Dr. Zamboni's announcement, as I believe they wanted to get out in front of the Brave Dreams published study results and put the final "nail in the coffin," ring the last "death knell", be the "last word" (or fill in any of the other hyperbolic titles for anti-CCSVI publications over the last five years.) I honestly think they want to kill this research and be done with it.

I have a hunch we will be reading a lot of negative CCSVI stories in the media in the next few days. Here's a first example from Vox:
This is why you shouldn't believe that exciting new medical study

Joan, wait... (you say to me) this UBC study is gold-standard research! You sound like a conspiracy theorist. Science is science. Blinding and placebo controlled trials are what you have been asking for! This is exactly what the vascular connection to MS needs---independent study. That doesn't mean you get the results you want! Also, didn't you say you're done with all of this???

Yes, you're absolutely right.  And I am done, but felt it was important to go on record.  Here's my problem. This study does not look at blood flow before and after treatment.  They did not measure venous pressure--so how could they possibly know if stenosis had been treated?

The results of this study are not all objective.  Dr. Zamboni has stated that the Brave Dreams trial results are objective.  Objective results are numbers and stats and things that can be measured and tallied using unbiased machines.  Venous pressure is an objective measure.  Not questionaires from subjective humans compiled by even more subjective humans.
There was no retreatment for restenosis in the UBC trial (a problem for 50% of patients) or suggested aftercare and lifestyle intervention.  Jeff had to be retreated at Stanford, as he developed intimal hyperplasia.  He also had aftercare treatment and drastically changed his lifestyle, diet and exercise program.
Angioplasty for carotid artery stenosis has had placebo control trials, and you know what metric they used to measure success?  Size of stenosis and blood flow.  That's it.  Not a questionaire asking "how are you feeling?"  The researchers measured blood flow before and after and at monthly intervals up to a year.  They used ultrasound to see how carotid stenosis looked, if there was restenosis it was re-treated.   And most importantly, after treatment,  they put the study participants on an aftercare program, making sure they had blood thinning treatment and that they exercised and ate better.  Trial participants quit smoking or lost weight, if warranted.  Because without aftercare and lifestyle changes, restenosis can be immediate, and all gains from angioplasty are lost.  IRs know this.   link

Take my husband's reversal of gray matter atrophy on MRI.  No one can call that placebo!  He doesn't just feel better or have less brain fog.  His brain shows objective healing on MRI.   He has had no new lesions, and his old ones have shrunk. Another objective measurement from Jeff's venoplasty treatment was blood flow.  His jugular vein blood volume doubled after being stented.  Other research has shown that CSF flow increased after treatment for CCSVI.  link  These are all benefits which can be measured using medical equipment, and are not part of the UBC data.

I fear the UBC researchers are going to say any subjective benefit after treatment is placebo. That there are no objective benefits in those treated, because they have not measured blood flow, CSF flow and gray matter atrophy. They certainly didn't retreat restenosis. And Charcot will be laughing, once again, at how easily he is able to control the mind of the hysteric, labile, desperate MS patient. link

To recap my concerns:
1. Not objective results.  Too easy to claim "placebo"  No measurement of blood flow before/after
2. No treatment for restenosis (as in angioplasty trials)
3. No aftercare or lifestyle changes required (as in angioplasty trials)
4. Timing of release is suspicious
5. A history of bias and nay saying against CCSVI from trial lead investigator
Don't be discouraged. No matter what the UBC researchers claim, or how loudly they say it, it isn't over. Italy and Australia still have their trials. And we have other reseachers looking at the vascular connection. This research is not going away. Not with the ISNVD, not with The Gladstone Lab, The Kipnis Lab, the Nedergaard Lab and others--all committed to getting to the bottom of the vascular connection to diseases of neurodegeneration.

And I may be wrong!! Let's hope for that! Please let me be wrong!!!!
In the meantime, live your best, vascularly healthy life.
(Because I'm right about that part :-) ) 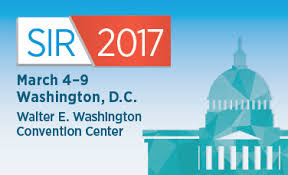