Time to get the facts behind the headlines-- as I've seen lots of online reporting regarding a new study out of UCSF on the OTC antihistamine clemastine fumarate and potential remyelination in MS. link

I've been following this research since it was first presented at AAN conference in 2016. link There was a lot of hype then, and I remember reading the paper and thinking, really? What's the big deal? As we dig further into the study, we learn that there never was any proof of remyelination---this is just a guess on method of action. They didn't actually see any new myelin on brain lesions, they didn't see any evidence of myelination on MRI. So what did they see? There was a very small, almost insignificant, improvement in eye response, using visual evoked potential measurements. (here's how this test works. link )

To be included in the study, participants had to have a delay in transmission time beyond 118 milliseconds in at least one eye. During the study, delays were reduced by an average of 1.7 milliseconds in each eye per patient among those who received the antihistamine.
Wow. That's a 1.4% average improvement. Certainly not a resounding success.
It's also not possible to state this improvement is due to remyelination--

One of the biggest difficulties in the development of remyelination therapies for MS is the demonstration of remyelination in living patients. Indirect measures, such as improvements in neurophysiological outcomes, such as electroencephalography, evoked potentials, optical coherence tomography, and transcranial magnetic stimulation may suggest, yet not confirm, remyelination (144–148). Functional improvements could indicate remyelination, but could also indicate neuronal plasticity or the spreading of sodium channels into demyelinated internodes, which could also restore conduction in unmyelinated axons (144, 149, 150) link

And my thought on the potential method of action?

The anti-histamine might actually be reducing endothelial cell permeability, by blocking the histamine receptor. The method of action would be on the vascular endothelium. Which makes sense to me. Even still, it’s not much. link

Another issue---the major side effect of FATIGUE was reported by most who took the antihistimine. More fatigue? For people with MS? Jeff laughs at this….no way. Not worth it. He won’t take an antihistimine if he has an allergic reaction (cat or pollen), for the same reason.

The claim of remyelination and “reversal of MS” is pure conjecture and market hype BS.
Want an OTC supplement that has better results and won't leave you fatigued?

EGCG (green tea) has as good or better results in VEP, less side effects. Of course, it is harder to make money for drug companies, since you can't patent green tea. link

Here's what the trial investigator claims---

“To the best of our knowledge this is the first time a therapy has been able to reverse deficits caused by MS. It’s not a cure, but it’s a first step towards restoring brain function to the millions who are affected by this chronic, debilitating disease,” said the trial’s principal investigator, Ari Green, MD, also Debbie and Andy Rachleff Distinguished Professor of Neurology, chief of the Division of Neuroinflammation and Glial Biology, and medical director of the UCSF Multiple Sclerosis and Neuroinflammation Center.

I would challenge his assertion, and say his knowledge might not be the best. You know what proves myelin repair? Actual remyelination of lesions shown on MRI, a reversal of brain atrophy and lack of MS progression. That's what Jeff has had since venoplasty treatment and following the Endothelial Health Program. And we have proof on MRI. link
Here's the research and science behind aspects of Jeff's program--which shows actual remyelination:

Read past the headlines, friends.
And be well, 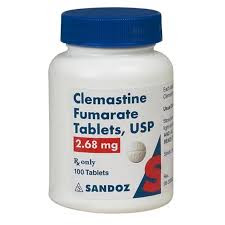